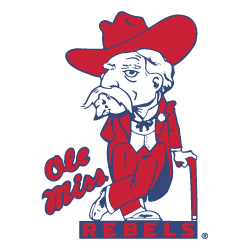 Too old to win a fight with a rabid rooster.

Below are my three keys to victory against the Rebels. As always, stay tuned for cocknfire's FIVE REASONS and please hold forth with your comments in the open thread. If everything goes according to plan, I'm going to be watching on 360, so I'll have regular updates for everyone.

The Gamecocks currently have one of the best statistical defenses in the country, and unless the offense does an about-face tomorrow, we need the defense to continue to play well. The first key is to contain Dexter McCluster and friends when they go out of the Wild Rebel. McCluster will get his yards, but we can't allow the Rebels to chalk up any big plays when they try to trick us with misdirection. Having coached at MSU, Ellis Johnson knows Houston Nutt's game and should have us ready to play a disciplined ball game.

The second key is to pressure Jevan Snead. Snead is a good QB, but he's been a bit mistake-prone so far this year, so I say we get in his face and force him to play the game of his life just to keep from throwing an interception. If we can force a couple of turnovers on the Rebels early, we could take a commanding lead and Ole Miss will be hard-pressed to make a comeback against our defense.

I must sound like a broken record at this point when I talk about line play, but protection is KEY to any chance of success against this team. Ole Miss has a defensive line with a number of future NFL talents, so expect the Rebs to bring pressure. First of all, we need to establish some sort of running game. This will open up the potential for vertical throws.

Second of all, we've gotta pick up the pass rush; anyone who saw what Mississippi's front four did to Tebow last week knows that they're capable of bringing it to us. Too much pressure will equal bad throws from Smelley, and that will mean horrible turnovers which might cost us the game. However, if we can establish the run and pick up the pass rush, we will have some good matchups against the Rebel secondary, and I have confidence in Chris's ability to find his receivers if we give him time, especially if Kenny sees time tomorrow.

Open up the Play Book

Since we exploited the middle of the field during the second half of the Georgia game, the range of plays on offense with Smelley under center has been pretty limited, mostly involving screen passes to the RBs, hitches to our wideouts, and various short-in or out throws to Jared Cook. Simply put, we need a little more variety--we keep hearing about how Garcia doesn't know the play book, but we rarely see evidence that Smelley is willing to do much with all of his knowledge.

Granted, we need to establish the run if we want the offense to open up. Chris said it best after the Wofford game: it's hard to go vertical when the opposing defense is sitting back in prevent packages, knowing that you can't run the ball well enough to take advantage. So, this key goes hand in hand with the previous one. If we get good line play, especially run blocking, we can probably open up the field for a little excitement.

The other component to success here is finding some way to use Garcia even if Smelley plays a good game. Garcia has the ability to come in and make the Rebels second guess themselves, and we need to exploit that.

At any rate, we've had a couple of weeks playing against lower-tier opponents, and you have to believe that the Ol' Ball Coach has been coming up with a game plan for Ole Miss. The Rebels, on the other hand, have been slugging it out with Vandy and Florida, so we should have an edge up on preparation.

This looked like a tough game at the beginning of the year, and after seeing Ole Miss take down the mighty Gators, it looks even scarier. On the flip side of things, this is a chance to turn the season around, to end our SEC losing streak and show that we're in it for the long haul this season. I really, really think we need this game, because it's hard to see us getting more than six or seven wins if we don't win tomorrow. If we can get at least an efficient, low turnover offensive performance and keep playing defense like we have all season, I think we can win, probably with a margin close to 24-17. However, if we don't do those things, this could get ugly quick. Houston Nutt will eat us alive if we give him the short field.

By the way, South Carolina hasn't beaten Ole Miss since joining the SEC, so our SEC losing streak won't be the only history we're working against in this game.