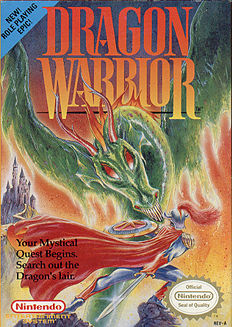 Gamecock Man takes on a dangerous Blazer. Fortunately, the Blazers USC will see Saturday aren't quite so formidable.
Below are my three keys to the Gamecocks-Blazers game. As always, join the open thread with your comments during the game.

Get some offense going against one of the nation's worst defenses

Simply put, if we can't score against the Blazers, we can't score against anyone. In their three games against FBS competition, UAB gave up 45 points to Tulsa, 49 to Florida Atlantic, and 35 to Tennessee, and they gave up a whopping 543 YPG during those contests. The Blazers are particularly bad against the pass, so we we should finally test our vertical game on Saturday.

Equally important, I think, is that we don't give up any turnovers. Even if Smelley/Garcia throw a few picks, it's unlikely that the Blazers are good enough to capitalize and beat us. However, if we can't protect the ball against this team, can we do it against anybody? Our QBs need to build confidence in this game, and a high turnover performance won't do that. If you want to see what a team that escapes a game against the Blazers despite lots of turnovers looks like, look no further than Tennessee. And if we look like Tennessee tomorrow, we're not going anywhere this year.

Play better on the offensive line and develop a running game

This point goes hand in hand with the last one. The Blazers haven't been putting a lot of pressure on opposing QBs and they're giving up 6.8 YPG on the ground, so if our line can't protect Smelley/Garcia and open some holes for Eric Baker and Brian Maddox, then we shouldn't expect them to be able to against SEC competition.

I'm especially interested in seeing how we do blocking for the run, which has been a major problem for us so far. I know that all eyes will be on Smelley and especially Garcia when he gets into the game, but a lot of our problems in the passing game are occurring because defenses sit back to defend the pass because they know we can't run the ball. Spurrier's offense works best when there's a RB that can challenge for a medium gain, thereby forcing opposing defenses to defend the run and opening up the possibility for a deep ball. Remember how he used Fred Taylor at Florida back in the day? As it stands, opposing defenses sit back in what are more or less prevent packages against us, and that makes it next to impossible to develop a vertical game, hence all the HB passes and WR screens. Not surprisingly, the long TD against Georgia occurred on second down after a six or seven yard run on first. We need to get that going, and UAB would be a great place to start.

Obviously, everyone is most excited to see Stephen Garcia get his chance. However, Garcia isn't the only youngster who will see time against UAB. With a number of players out on academic suspension and with Kenny McKinley still out with a pulled hamstring, we'll should get a closer look at a number of players. I'm most excited to see a little more of Brian Maddox and Eric Baker, who both looked promising against Wofford.

Although it's always possible, it's extremely unlikely that we lose this game, so I think we need to judge success by victory margin. If we're a team capable of beating elite SEC squads, we need to win this game by about four TDs. I think we can, and I say the final score will be 45-10.