Share All sharing options for: The Latest Presidential Debate

Unbeknownst to most Americans, Sens. John McCain, R-Arizona, and Barack Obama, D-Ill., held another debate Monday. What follows is a partial transcript.

JIM LEHRER: Turning now to some of the crises in the college football world. To you, Sen. McCain: What do you think is wrong with Florida?

JOHN McCAIN: Well, Jim, I've been to Gainesville, and I think the fundamentals of Florida's football team are strong. But I do want to point out something Sen. Obama has said. He said the spread wouldn't work. I'm telling you, my friends, it has worked. And Florida is now winning games it would have lost because of the spread that I called for. 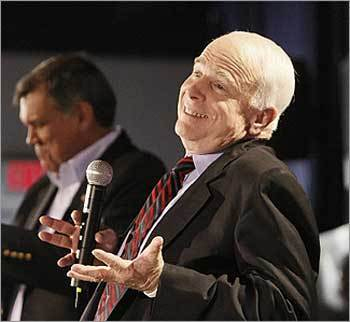 As for the Ole Miss game? Who knows?

BARACK OBAMA: I never questioned the fact that, given a competent head coach, Florida's great recruiting classes would perform brilliantly, as they always have. But the spread was supposed to create the conditions on the field for winning SEC championships. And it hasn't. 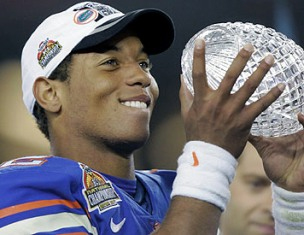 And, no, this doesn't count. Chris Leak doesn't run the spread..

JIM LEHRER: Gentlemen, you might have seen what happened to Southern Cal last Thursday night against Oregon State. Sen. Obama, your thoughts.

BARACK OBAMA: Jim, this is just another example of the failed Pete Carroll-John McCain policies of the last three years. Instead of focusing on the real threat, which is the Pac-10, the Trojans have gone after out-of-conference foes. Ohio State posed no threat to Southern Cal. What it did was distract USC from the central front in the attempt to win the national championship, which is the Pac-10. 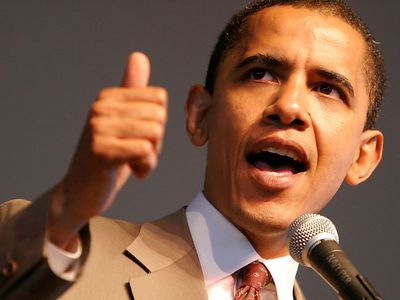 JOHN McCAIN: It certainly was a difficult loss, Jim, and it cost Southern Cal greatly in blood and treasure. I've been to Corvallis. Southern Cal lost that game because it mismanaged the game, and I was among those calling for a change in strategy. My friends, we need to focus on victory. Instead, Sen. Obama wants us to concede defeat and withdraw immediately. We can't afford that.

JIM LEHRER: We've all read the headlines about what happened this weekend in Athens. Sen. McCain, let me ask you: What do you believe was the reason for Georgia's defeat?

JOHN McCAIN: First of all, Jim, I've been to Athens. What's more, Sen. Obama chaired a subcommittee about the Alabama game against Georgia and never held a hearing. And he wants to play any of the SEC powers, quote, without precondition. That means Georgia could no longer wear its black uniforms. That's not just naïve, that's dangerous.

JIM LEHRER: Well, thank you to Sens. McCain and Obama for joining us here tonight and thank all of you across America who tuned in. If there's anything that we've learned this weekend, it's that that college football season is just beginning to get interesting. Good night.