Check out Ghost of Chucky for the results.

Despite their loss to Vandy, the Tigers are still in the driver's seat. Their win over Kentucky in Rupp seemed quite impressive until we witnessed the Kentucky's epic crash-and-burn last night.

The Vols are finally showing us why they were in the Top 10 at one point. This team is set for a run in the postseason.

It's hard to believe that the SEC only gets two teams in the NCAAs this year, but the Gamecocks, the conference's best hopes for a third, really need to play well in the next two-three games to get in.

Why not put them here? This team has performed admirably down the stretch and has an outside shot at the NCAA tournament. Heck, they're as fit as anyone to win an automatic bid in the NCAAs if they keep playing like they've been playing. Their coach, Jeff Lebo, has quickly gone from the hot seat to a COY candidate.

A decent team that could make a lot of noise in the NIT.

A strange team. I thought they were better than this, and they should be, but they're just not playing like it right now. They could still make the NCAAs with a win against Kentucky and a nice SECT showing. 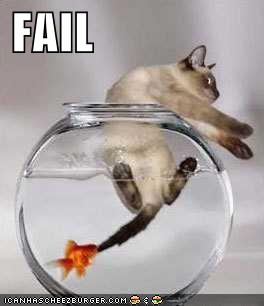 The Rebs have performed admirably under duress this season, but they've come apart somewhat down the stretch.

Not a bad finish to the year. There's hope for next year in Tuscaloosa, depending on who they hire to coach the team.

Wins over Kentucky, Florida, and Vandy and blowout losses to everyone else. Weird.

Wait until next year, Pelphry.