A Response to Lane Kiffin

Share All sharing options for: A Response to Lane Kiffin

I know, Lane -- you're just trying to be cute. You think you're funny. You're really just dumb.

Kiffin was equally dogged. But when it was obvious that [Alshon] Jeffrey wasn't going to Tennessee, Kiffin took off the gloves.

According to Jeffrey and Wilson, Kiffin told Jeffrey that if he chose the Gamecocks, he would end up pumping gas for the rest of his life like all the other players from that state who had gone to South Carolina. (HT: Roll Bama Roll)

You better have the faintest idea what you're talking about.

Just so you know: 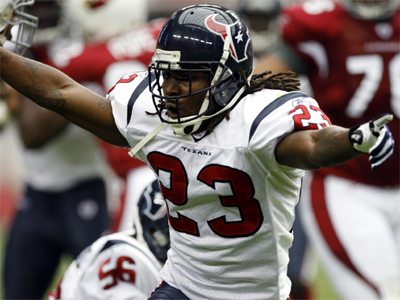 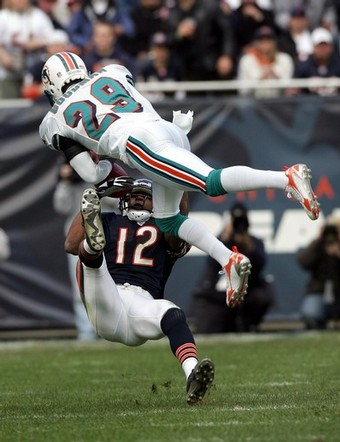 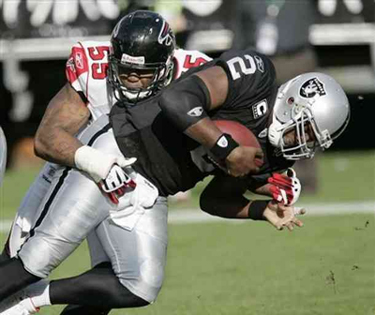 You know what all these guys have in common, Lane? They all still have jobs in the NFL -- sort of like you don't. (Full disclosure: Robinson was born in Georgia, not South Carolina, but I could find other natives.) The last two went to the NFL playoffs this past season. I don't know if you've heard of the NFL playoffs, because you've never been there, and never really seemed to be trying to get there while you were with Oakland. By the way, that last picture is of John Abraham, sacking your quarterback Jamarcus Russell -- well, your former quarterback. You had already been fired by the time that picture was taken.

For the record, I don't hope Spurrier lays 50 on Tennessee this year. I hope the Gamecocks score at least 60. By throwing a 50-yard TD pass with 34 seconds left.

There's nothing wrong with running your mouth a bit, even during recruiting. But at least have some, you know, basis in fact before you spout off.