Look, we're playing an FCS team this week. This is the best we can do.

Share All sharing options for: A Lighter Shade of Garnet: The Curious Case of Connor Shaw's Bald, Bald Head

After basking in three years of Stephen Garcia's magnificent locks spilling out of his helmet, coming to terms with Connor Shaw's peach-like dome has proved a strange and bitter adjustment for this writer. It's a petty, Seinfeldian qualm, but I don't get why Shaw doesn't let his freak flag fly during these precious college years. Of course, as a freshman I had hair down to my shoulders and am, at the time of this writing, sporting a dense crustache so I suppose we're not in the same galaxy when it comes to our approach to above-the-neck appearances. But Connor and I dwell at the far ends of the spectrum—in between lies a sharp haircut. 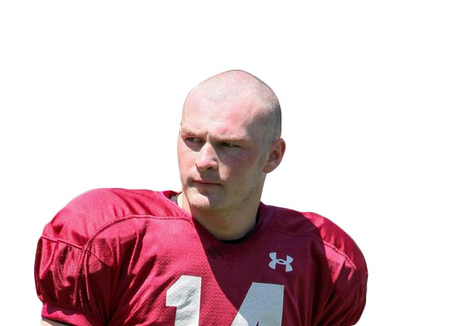 Here's Connor now. Photographic evidence suggests he's got a moderately healthy hairline. And yet he shuns even a modest Caesar for the microscopic buzz cut you see above.

TO WIT: Since it's Wofford week and no one wants to spend that much time dicing up the particulars of a game that ostensibly stands to be more frustrating than anything, I've decided it's time to tackle one of college football's major looming questions: WHAT WOULD CONNOR SHAW LOOK LIKE WITH HAIR?

Cut 1: The All American 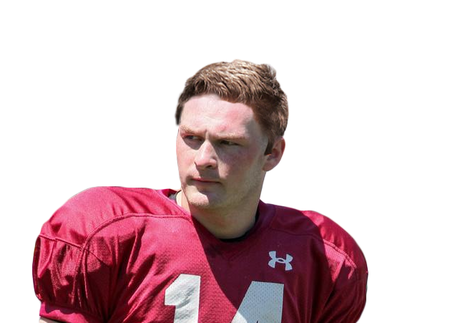 Lookin' sharp, 14! He maintains all the intensity and focus we've come to expect from Connor, but now with less man-baby. I ask, is this not reasonable? 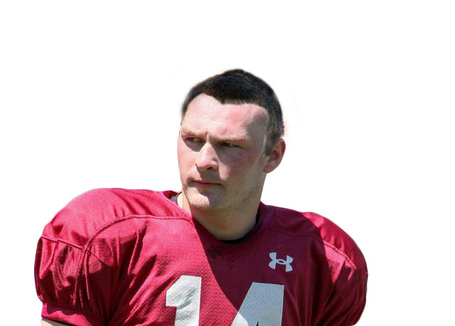 You probably can't tell because of the shoddy 'shop job that I refuse to correct because "eh", but this is Connor rockin' the Johnny Manziel. Why? It's not not working for Manziel, right? The widow's peak's a surefire hit with the ladies because evidently hypersexualized vampires are still in. It's also a little bit monk-ish which is great because monks are wise and some of them make scotch. Some of them also self-immolate, which, metaphorically speaking, was something Garcia did regularly. Ah, you know what. Let's move on from this one. 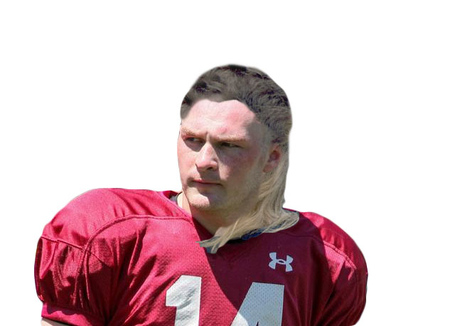 Screw Manziel—we have our own heroes to aspire to. Steve Taneyhill may have long since sheared his trademark mullet, but that doesn't mean Connor Shaw can't snatch the baton of glorious neckmaned signal-caller. Business in the front, party in the back (and party cascading over the left shoulder if it's a bye week.) 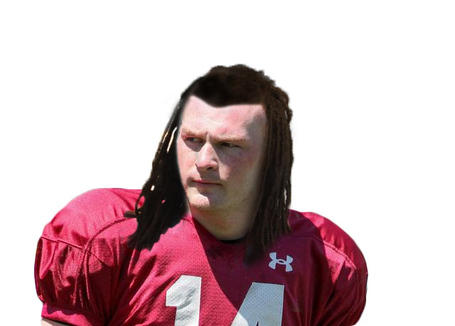 Duh. Look, few players appear more fierce and imposing than Jadeveon Clowney, thanks in no small part to those demon-dreads that ominously dangle like the robes of a ringwraith. See you at Earth Fare, Connor. Beeswax on aisle 8. 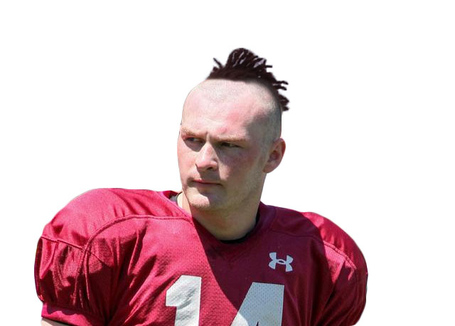 If Clowney's coif ain't your bag, look no further than the other bookend of our celebrated D-Line. Devin Taylor's hair sends a message: playing for the Gamecocks isn't enough. YOU MUST ACTUALLY BE A GAMECOCK. This is a cut that screams, "Got some news for you, Napoleon CRYnamite: these chickens do have large talons and you better believe I can throw a football over them mountains." 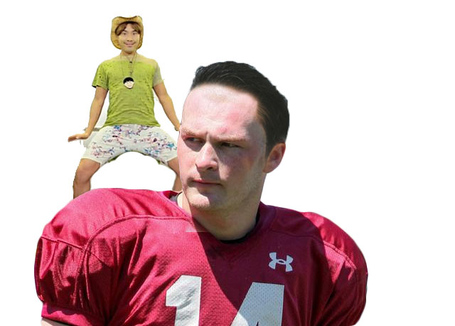 What, I need to prove anything more than this picture already does? Fine. South Korean pop singer PSY created a worldwide dance craze and Connor Shaw throws a pretty spiral. Yeah, that's about as similar as these two get but that doesn't mean they can't share the slickest of 'dos. Is thrusting like the elevator guy while in the pistol formation considered illegal motion? Follow-up question: does Connor look like he cares?

Ball's in your court, Connor. The offseason's right around the corner so pick your poison and put down your clippers.I can not overstate how important this is.

P.S. There won't be a standard Our Digital Season write-up this week because South Carolina won 90-0 (really) and really and truly no one wants to read about that. We'll be back with the Clemson game next week. Buckle up!