At this point, I think South Carolina fans might be more aware than Kentucky fans that, at 18-0, the Wildcats are the only division one baseball team that hasn't lost a game this year. I cruised over to their SB Nation affiliate to see if they had someone covering baseball that might want to talk to us, and I saw nothing to indicate that they're aware baseball is a thing. And who can blame them? As dominant as our baseball team has been recently, it's still no Kentucky Basketball. Perhaps whomever Eric Hyman hires will give us something to cheer about a couple years from now when March Madness rolls around.

But I digress. Aaron Fitt of Baseball America wrote a nice breakdown of Kentucky's hot start here. One interesting note is that their entire weekend rotation is left-handed. That is likely at least part of the reason why former starting second baseman Chase Vergason, a lefty, did not make the 27 man travel roster. (The other reason is that he's been unbelievably ineffective with the bat and the glove and on the basepaths.) The extreme handedness of the Wildcats' rotation may play right into the ... uh... hands of the Gamecocks, who have a very right-heavy lineup. Among players traveling with the team to Lexington, only Evan Marzilli, L.B. Dantzler, and Kyle Martin are left-handed.

Speaking of Evan Marzilli, he was the undisputed MVP of South Carolina's midweek contest with Appalachian State. The junior centerfielder drove in four runs to help the Gamecocks recover from a four run deficit and turned an heroic double to end the game, crashing into the centerfield wall to make a catch and then picking off the runner at second base.

Marzilli has not only made some unbelievable plays in center, but he has also been Ray Tanner's most consistent hitter this season (.323/.397/.462 in 73 PA). Marzilli will need to start getting help from some of his teammates, though, if the Gamecocks (15-1, 0-0) are to come close to repeating the magic of the past two seasons. They're currently tied for 149th in runs scored per game (5.2), whereas Kentucky ranks fifth among Division I teams (9.2). In fact, with the pitching staff being as solid as it is (their 1.54 team ERA is good for 2nd in Division I) and the middle infield appearing to be solidified with Connor Bright (SS) and Erik Payne (2B), scoring enough runs is the only area of major concern at this point.

Some of Kentucky's early success has to do with their opponents' overall 59-89 record, but there's reason enough to think that they are for real. Much of their offensive prowess derives from a batch of talented newcomers, led by Morehead State transfer Cameron Flynn (OF), who is hitting an insane .439/.509/.976 through 47 plate appearances. Actually, their regular hitter with the worst stat line, .242./.346/.394, isn't far off from USC's overall team line of .280/.366/.409.

And if there's any concern over whether or not our players are relaxed going into this series, this picture should alleviate all worry: 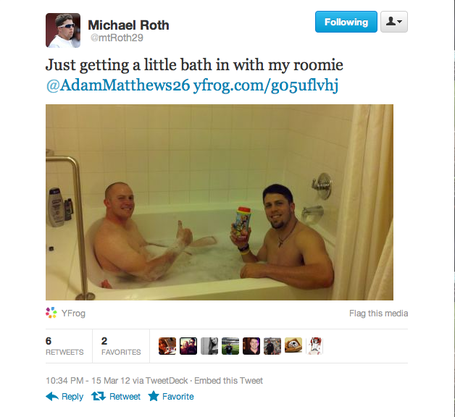