What the scouts are saying: "The battle of the Garcias should be a fascinating one. @NoStephenGarcia has a higher follower count and is more selective and consistent in publishing hilarious tweets, but no one in the tourney campaigns harder than @TeamGarcia5. Still, the latter's first round performance did not live up to expectations, which has me thinking that it will be @NoStephenGarcia celebrating with a Natty Ice shower as he advances to the Elite 8."

One of @NoStephenGarcia's recent tweets:

One of @TeamGarcia5's recent tweets: 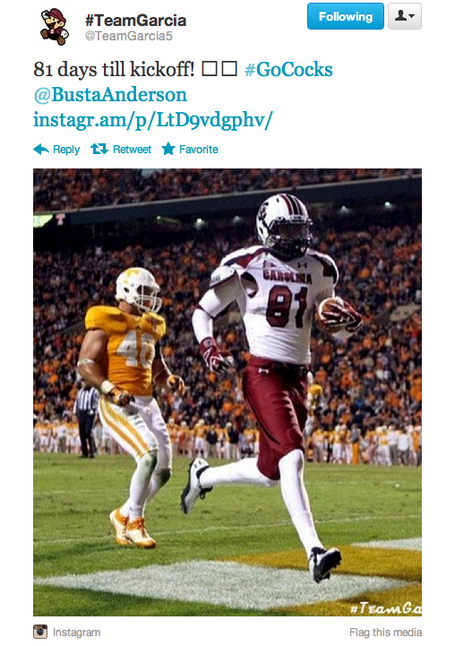 Click here to vote on the other Sweet 16 matchups.