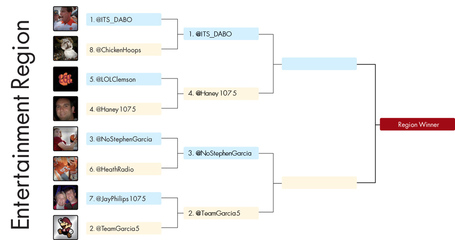 Day Two of Garnet & Blacketology: The College Tworld Series, unlike day one, featured no surprises, as the higher seeded team won each matchup. @ITS_DABO, @TeamGarcia5, @NoStephenGarcia, and @Haney1075 each won by comfortable margins and advanced to the round of sixteen.

Today we move on to the Athlete Region, which features six Gamecocks, a Tiger, and a fish. 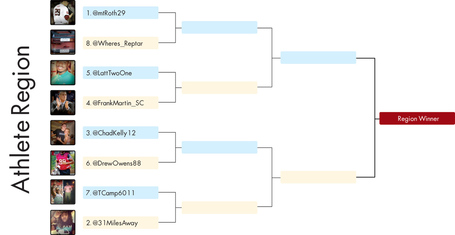 As always, voting concludes at midnight.