The Auguste Report: A handful of Gamecocks injured as USC travels to Fayetteville

For reasons that are too many to count, Akeem Auguste is one of our favorite South Carolina Gamecocks to ever suit up for the football team. He first signed with USC February of 2007 and played his last game in the garnet and black on January 1st, 2013, so he was around plenty long enough for us to get to know and love him and his silky-smooth post-practice interview flow. However, part of the reason he was around the program so long was that he simply could not stay healthy. As a tribute to Akeem, we have named our injury report in his honor.

Share All sharing options for: The Auguste Report: A handful of Gamecocks injured as USC travels to Fayetteville

The coaching staff has been difficult to pin down on the question of just how available the Gamecocks' star defensive end will be on Saturday in Fayetteville, but he did practice on Wednesday and Thursday, which has defensive coordinator Lorenzo Ward optimistic that he will start.

It's still difficult to look at the way Wilds' left elbow bent when he went down during the third quarter against Central Florida.

The sophomore running back will be out another week or two as he recovers from that dislocated left elbow. With any luck, Mike Davis will remain perfectly healthy while getting an intermittent breather from Shon Carson, and David Williams' redshirt will not need to come off.

South Carolina's redshirt freshman center missed the Georgia game with an injured foot and suffered an ankle injury during the Gamecocks 28-25 win over Central Florida. (Boy, there sure were a lot of injuries in that game!) Waldrop was unable to practice on Thursday, making it seem unlikely that he'll be available on Saturday. But no matter, fellow freshman Clayton Stadnik has filled in admirably in Waldrop's absence, and things would only start to get weird if something happened to Stadnik, at which point the redshirts of either Alan Knott or Na'Ty Rodgers would most likely get pulled off.

The junior middle linebacker certainly had the strangest ailment of the wounded Gamecocks this week. Lewis was admitted to the hospital with a leg infection on Tuesday and then, after being treated with antibiotics, was back at practice on Thursday, in which he ran eight gassers. I'm not totally sure what a gasser is, but it sounds hard.

Kaiwan, you get one Auguste head and a Z-Pak, just to be safe. 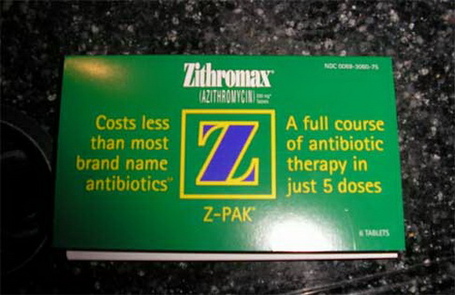