All of South Carolina's opponents were either taking the week off or having terrible things happen to them. Sometimes both.

Share All sharing options for: Tracking the enemy: Week seven

The Tar Heels make our 27-10 win in the season opener look less impressive with each passing week.

I am, of course, thrilled with this outcome but hate that we arrived at this destination by four young men having their knee health ruined to varying degrees. I don't think this game really alters our understanding of what Georgia is in any meaningful way. Losing to a very good Missouri team was a distinct possibility. Georgia should be able to handle a disappointing Vanderbilt team on the road before The Cocktail Party on November 2nd and a suddenly very tricky road matchup against Auburn two weeks later decide whether or not the Bulldogs will be returning to the SEC Championship Game.

Vanderbilt (Got an Ivy League education at an SEC football program vs. BYE)

Central Florida (Had a bad salvia trip on Space Mountain vs. BYE) 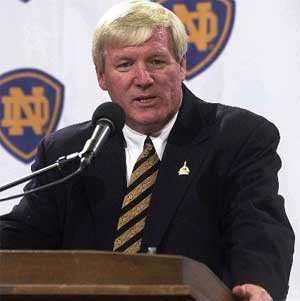 Tennessee (Drank a quart of moonshine and went kayaking in the Tennessee River, woke up spooning a bobcat vs. BYE)

This game was won by the Missouri defensive line, which forced Aaron Murray into mistakes that have not been characteristic of the 2013 version of Aaron Murray. Georgia was able to slow down the Tigers' rushing attack to just 3.84 yards per carry, which is something that has piqued my interest as we march toward The Battle of The Columbias on October 26th. Missouri also lost quarterback James Franklin for the next three to five weeks, so we'll see what backup Maty Mauk is made of against Florida and South Carolina.

Before the season, I was worried that Mississippi State might give us a scare on the back end of our brutal -- by distance, if not caliber of opponent -- three game road stretch. Today, I am much less concerned about such a scenario playing out on November 2nd. (Although, depending on what happens the next two weeks, there is a possibility that the Gamecocks could be looking ahead to a bye week and a game against Florida that might end up being the de facto SEC East championship.)

It's now looking like Mississippi State's bowl eligibility will remain an open question until the final two games of the season at Arkansas and against Ole Miss in Starkville. Dan Mullen's seat would be extremely hot right now if he was coaching anywhere else in the SEC, but State fans are a pretty laid back group.

The big takeaway from this one is that the LSU offense proved capable of running and scoring enough points against the best defense in the country. Mind you, 17 is not a lot of points, but if you can score that many against Florida, you have an even chance of beating them. Because, as we learned on Saturday, Tyler Murphy is not the second coming of Tim Tebow that some people who get paid to have opinions were billing him to be. All of this bodes very well for South Carolina's prospects of knocking off Florida in November.

Boston College dared to think the unthinkable in the Death Valley that is neither in a desert nor in Baton Rouge, but Eagle quarterback Chase Rettig literally could not hold on for the win, ceding a pick-six and a fumble-six to the Clemson defense within just one minute of gameplay. Spiking the ball on both of those plays would have been a far better option. Playing at a tempo indicative of a team trying to come from behind to win a game would have been swell, also.

The good news is that the Clemson offense was held to 10 points and 6.05 yards per play by a BC team that is probably not going to a bowl game in 2013, and the Tigers looked beatable for the first time this year.