This is an exhaustive academic study.

Ever since it opened in 2002, a popular criticism of the Colonial Life Arena, the ostensible home to Gamecock men's and women's basketball, is that the cavernous venue has proved to be better designed as a concert hall for big-name pop acts than as the home court for a middling SEC basketball program. As it turns out, getting 18,000 people out to see a group of 19-year-olds vie for an NIT bid is a lot more difficult than getting 18,000 12-year-olds out to see a Taylor Swift concert. (Capacity at the CLA's predecessor, the Frank McGuire Arena, was 12,401.)

As such, it's not surprising that the CLA would use social media to promote the concerts that it hosts, but it is surprising that they would do so at the complete exclusion of promoting the men's and women's basketball teams, whose home games are presumably the primary reason for the arena's existence. So much have they overlooked Frank Martin and Dawn Staley's squads that I have begun to seriously question whether South Carolina has a basketball program or if B.J. McKie and Melvin Watson losing to 15th-seed Coppin State in the first round of the 1997 NCAA Tournament was just some weird dream I had after drinking too much orange juice before bed.

My first step in resolving this confusion was, of course, to ask.

About a week later, I received this cheery response:

Sure, Michelle answered my question. I'll give her that. But doesn't it just seem like she has an answer for everything? You know what I mean? A less inquisitive mind than mine might have taken this response and been satisfied with it, but part of Garnet And Black Attack's credo is to not let ourselves become a mere mouthpiece for the athletic department.

So I began my own independent investigation, in which I conducted a thorough analysis of the the Colonial Life Arena's Instagram account to determine whether or not basketball is played in the Colonial Life Arena. If South Carolina basketball does indeed exist and is played at the CLA, then surely there will be some pictures of people playing basketball on the CLA's Instagram account. (I took a philosophy class in undergrad.)

Let's see what we've got.

Guy Holding A Picture of the Colonial Life Arena 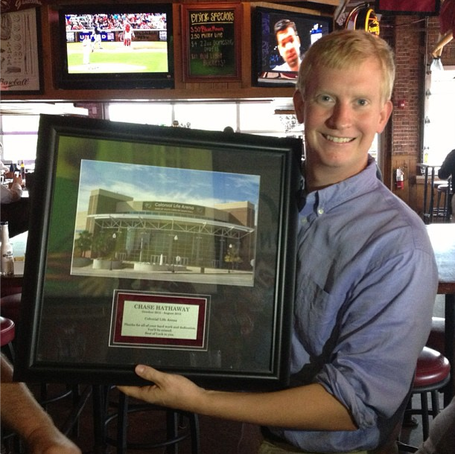 This certainly confirms that the Colonial Life Arena exists (although, at this resolution, it could easily just be a drawing) and that it shows up in photographs. Conclusion: the CLA is probably not a building-shaped vampire. But is basketball played there? The search continues. 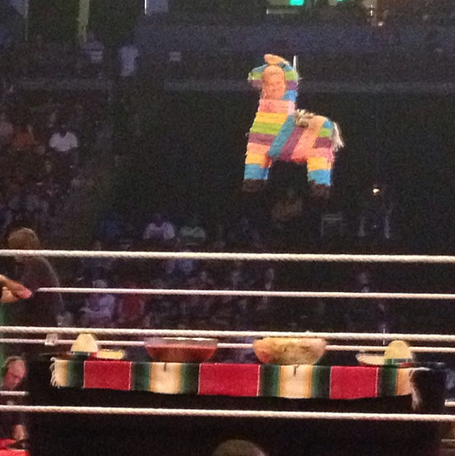 The Colonial Life Arena appears to be a good place to introduce your child to the traditions of other cultures, but so far there is no evidence that one of those traditions is the sport of basketball.

This Is Carrie Underwood And Hunter Hayes 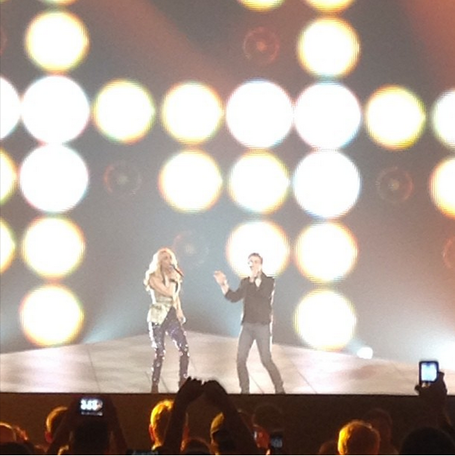 I know that these two talented musicians are most known for their beautiful voices and emotionally resonant lyrics, but I have honestly not followed their careers that closely (except for that song about smashing up her cheating boyfriend's car because I have wanted to do that so many times lol), so I Googled them. You can judge for yourself, but it kinda seems like maybe they aren't basketball players: 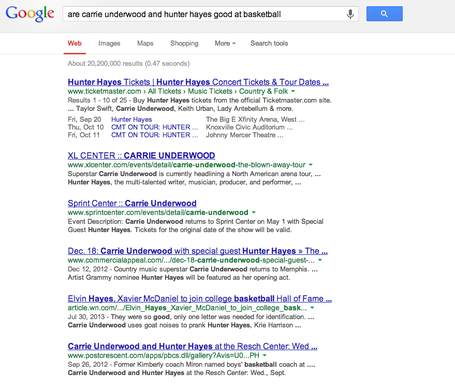 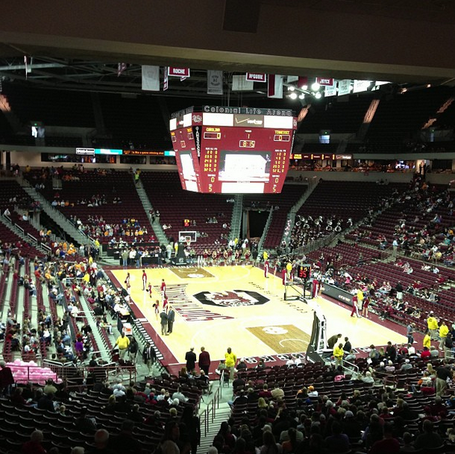 That certainly appears to be a basketball court, and the board hanging above the floor displays "Carolina" and "Tennessee", which are two large state universities that are believed to have basketball programs. However, there are no basketball players in the photograph. The cheerleaders seen at either side of the court could just be keeping people entertained until the Zac Brown Band takes the floor. (The Zac Brown Band seems like they probably want people to think they're from Tennessee, so that would explain the "Tennessee" thing.)

HERE WE GO! A Pic of a Gamecock Basketball Recruit At His NLI Signing Ceremony 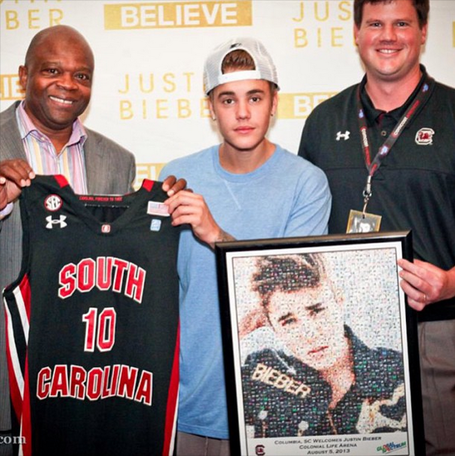 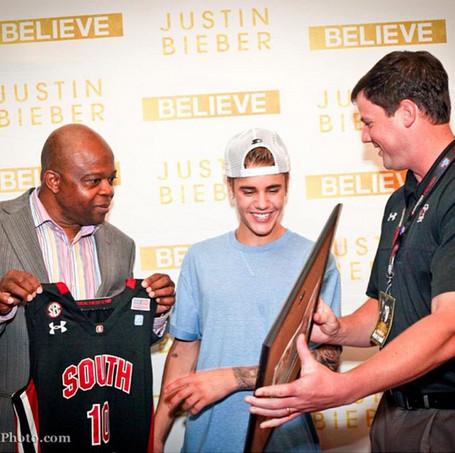 I don't know too much about this basketball prospect, but Frank Martin has a long track record of getting the most out of his players, so I'm feeling pretty good about it. However, this big-time commit is not playing basketball in either of these photos.

Camp out in front of the Colonial Life Arena and wait to see if a basketball game starts happening.