The Gamecocks First Quarter of 2013: A Graphical Review

Share All sharing options for: The Gamecocks First Quarter of 2013: A Graphical Review

You know what's BS? The offseason feels like an eight month trudge through quicksand, and yet the season blows past like a flung visor. Indeed, we're already 25% of the way through our regular season slate, and it's been nothing if not eventful. Jadeveon Clowney's received widespread scrutiny for performing like he usually does. Our offense has been kicking wholesale ass, while our defense has ranged from smothering to whatever the opposite of smothering is. And we're not without our problems elsewhere. The return game is a disaster, our coaches are scrapping on the sidelines, and our pets heads are falling off! [DISCLAIMER: previous clause included for comedic effect and, as of this writing, Mr. Big Spur has NOT been decapitated.]

While Carolina gets an extra week to heal and get ready for a needlessly stressful road game, let's look back at the first three weeks of action with a graphical wrap-up, shall we?

Of course, the worst of our special teams woes pertain to the return game, a glaring weakness that's giving most Gamecock fans great pause. Here's a look at a typical kick return look: 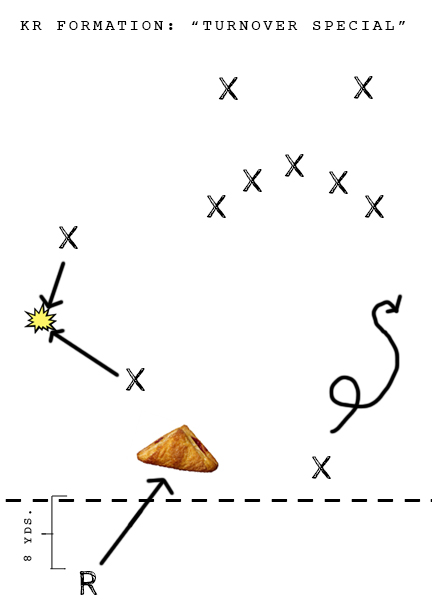 But all is not bleak in the special teams arena—freshman walk on kicker Elliott Fry has performed serviceably after winning place kicking duties in the week leading up to the North Carolina game. In fact, our own Connor Tapp is leading the Heisman (or, FREISMAN) charge for our spindly bootsman. Here's some hard-hitting marketing material for the voters' consideration: 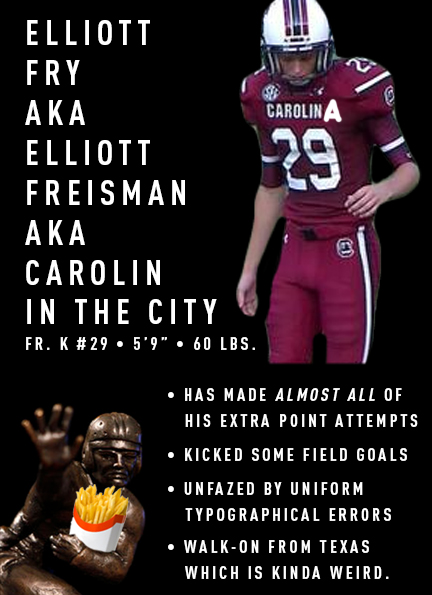 How about this offense? Mike Davis is playing like a post-Laty messiah, the offensive line is gelling, and Connor Shaw has balled out in the early going. But that won't stop the Dylan Hawks, whose rallying cry of "BENCH 14" will be heard! Let's go live to a "Dylan 4 Starter" anti-Shaw symposium: 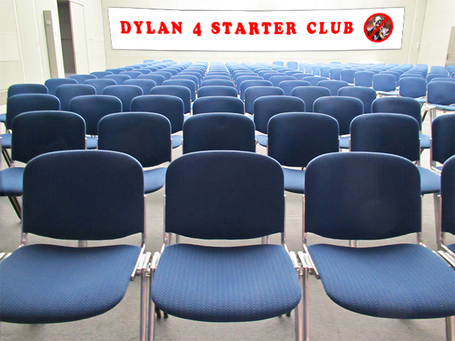 Bathroom break, I guess. While Connor Shaw distancing himself as the Cocks' starter might only have surprised certain fans, that isn't to say several more universal shockers have—or haven't—come to pass. 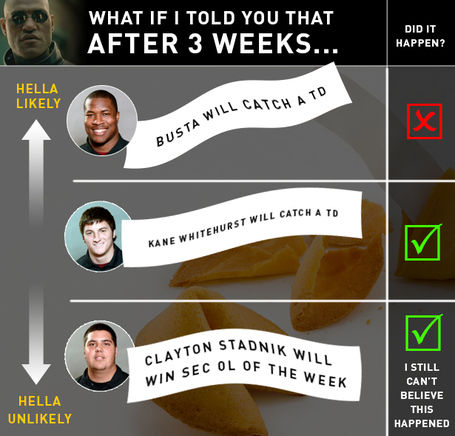 Moving on: much has been made of Jadeveon Clowney's play and some folks have already dismissively yawned off the preseason All American. But give the guy a break—he's pretty much statistically on pace with last season, he's yet to get his Boyd Bump, and he's got BONESPURS. Which, yes,  we've known for years, but—STILL. BONESPURS. Garnet and Black Attack has acquired exclusive x-rays of the offending foot. DISCLAIMER: if graphic medical imagery makes you squeamish, you may want to scroll on by. 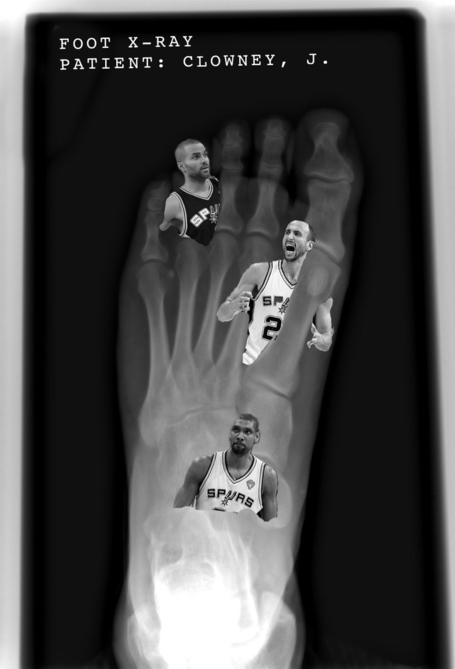 A classic case! This all sums up our first three weeks of play. Ups, downs, ins, outs, hopes, doubts. For now, all we can do is sit back and enjoy a weekend slate of stress free football.

Oh, and because we're topical and stuff, and Connor Shaw is a bald guy, here's Shaw as Walter White. 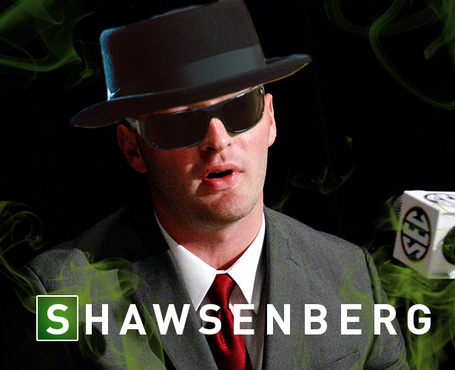