South Carolina fans already knew that their upstate counterparts were not handling the Gamecocks' five-game winning streak over Clemson particularly well. The Tigers' dry spell against the Gamecocks has even left head coach Dabo Swinney scouring the heavens in search of any silver linings that can be found.

But regardless of what the Clemson fan base or coaching staff did to betray their singularity of focus, it was assumed that they wouldn't formalize their obsession with the Gamecocks by, say, putting a clock in each position group's meeting room that counts down the time until the Nov. 29 game against South Carolina.

Clemson QB Cole Stoudt told me there's a clock in each position's meeting room counting down time until Nov. 29 game against South Carolina.

There are clocks - as in more than one - in the #Clemson football facilities counting down to the #Gamecocks game pic.twitter.com/nSZKEwohfc

One of Steve Spurrier's first orders of business upon taking over the South Carolina program was to remove all "Beat Clemson" signage posted in the Gamecocks' locker rooms and workout facilities. The Head Ball Coach wanted Gamecock players and fans to begin thinking more in terms of competing for conference and national championships instead of being satisfied with an above-.500 record and a win over Clemson. 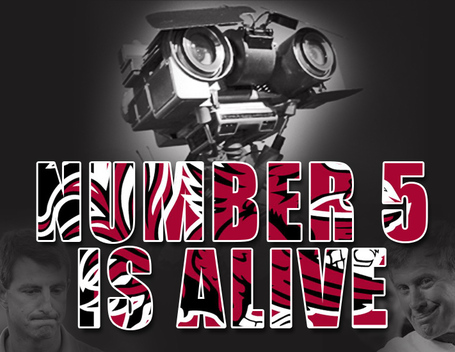