Here's a video of Connor Shaw, Bruce Ellington, Kelcy Quarles, Victor Hampton, and Chaz Sutton getting ready for a photo shoot for ESPN's "Kings For A Day" photo feature, which is something that the Worldwide Leader has apparently been doing for seven years in a row:

After years of watching these through the unforgiving lenses of South Carolina beat reporters' iPhones following the completion of strenuous exercise, it's fun to see how well they clean up. Here's the photo feature itself, which includes Kelcy Quarles showcasing his legendary exposed belly game for an ESPN writer. (WARNING: After you see that photo of KQ, there is no going back. I mean this in a good way. Your life will be forever improved.)

Also, here's Chaz Sutton looking looking like he's thinking about joining The Roots if he doesn't get picked in the NFL Draft: 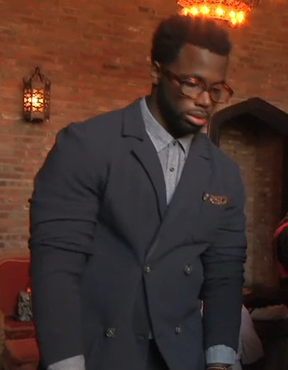 If not for the aforementioned picture of Kelcy Quarles, the best thing about this might be the shade that ESPN The Magazine's Twitter account is tossing at Jadeveon Clowney for declining to participate: