Should we be worried about the Steve Spurrier documentary? This can't possibly be mishandled, right?

Share All sharing options for: Watch the trailer for ESPN's Steve Spurrier documentary

We found out on Tuesday that the title of the SEC Network documentary on Steve Spurrier is "The Believer" and also got a look at the trailer for the film, which premiers on August 27. Thematically, I'm curious to see what they do with that title, but it's not hard to connect the dots from his upbringing as the son of a presbyterian minister.

What makes less sense is the monologue delivered by the woman at the beginning of the video. (UPDATE: I have been informed that she is Steve Spurrier's daughter, Amy Moody.) I've written it down here, if for no other reason than to see if reading it instead of listening to it causes it to make more sense. (It doesn't.) 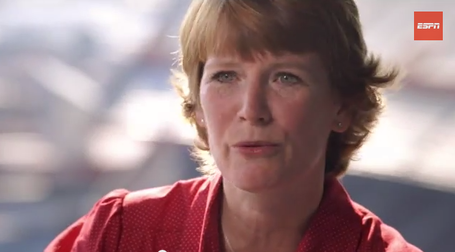 Why is it that preachers get paid to sell you a message of something you can't see? When you set a goal, maybe there's nothing concrete that I can hold, and this is what it's going to be. But everyday we've got to be reaching for something we can't see. And nobody can prove to us that it's even coming.

So we've got someone wondering why preachers get to have jobs and maybe making an argument for atheism. WEIRD WAY TO START THIS THING OFF, ESPN.

Then we cut to a montage of Steve Spurrier reacting positively and negatively to a series of events that happened during his tenures at Florida and South Carolina. OK, THAT'S WHAT I'M TALKING 'BOUT.

It's hard to imagine how one could possibly screw up a documentary about Steve Spurrier. After all, just putting a camera in front of the HBC and letting him talk for 60 minutes would yield compelling cinema. But the non sequitur at the top of the trailer is cause for concern. 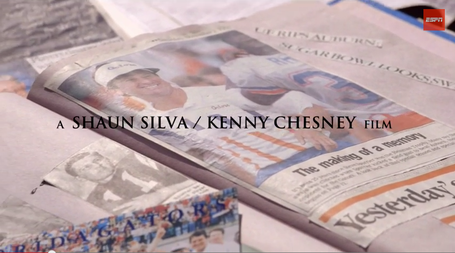 Next Up In College Football