A Lighter Shade of Garnet production.

Share All sharing options for: Nine SHOCKING Predictions for the 2014 Gamecocks Season

Ready for kickoff? You know we are! But until then, it's still "talkin' season" as the HBC likes to say, so we've got some wild ‘n crazy predictions that are so outrageous, so wacky, so cheek-slappingly cray cray that you've got to see them to believe them!

Buckle up and let's go!

Everyone's expecting a falloff at defensive end as Darius English steps in for an all-timer like Jadeveon Clowney, but you know what? I think English takes advantage of the lack of attention and shows out. He will also win a blue ribbon for his famous spicy beef chili at an El Paso cookoff. Mark it down!

2. Mike Davis will have eight carries of 50+ yards and grow a beard at an alarming rate. 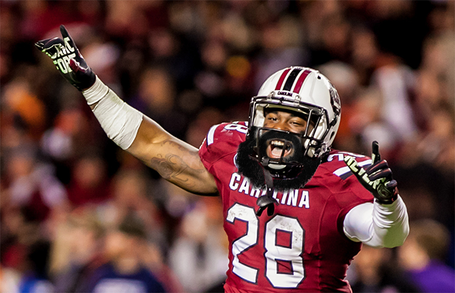 Remember last year when Mike Davis broke off that 70+ yard touchdown scramble against the Tarheels? That's when we were introduced to "Mike Davis: homerun threat!" This year, I say he ups the ante and amasses at least eight carries of more than 50 yards! He will also grow a thick, wooly beard at an inhuman pace. Bank on it!

3. Dylan Thompson will finish in the top three in the SEC in pass yards and undergo multiple plastic surgeries to resemble a Japanimation character. 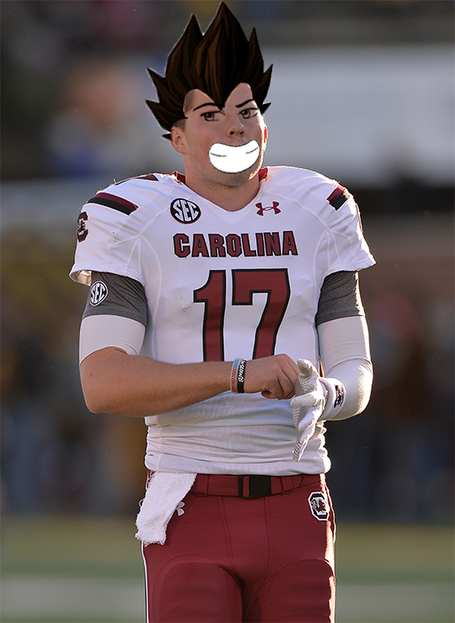 No Connor Shaw? No problem! Thrillin' Dylan Thompson steps in now, and unlike several other new starters around the SEC, Thompson is a proven commodity. With a stacked roster and an advanced knowledge of Spurrier's offense, look for Dylan to put up eye-popping numbers and finish near the top of most statistical categories. He will also go through a series of disturbing cosmetic surgeries that will transform his appearance to resemble that of a Japanimation character. Write it in ink!

4. Linebackers will combine for 8 interceptions and the George Washington statue at the Statehouse will come alive and terrorize Columbia. 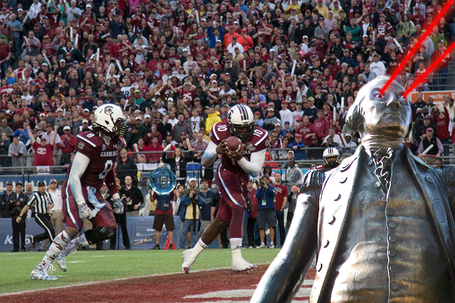 It's hard to believe that just 365 days ago, we were losing sleep over the linebacking corps! We may still be losing sleep (lookin' at you, cornerbacks!) but it certainly isn't over the linebackers unit, which now represents one of the strengths of the defense. Expect Skai Moore, Kaiwan Lewis, and the rest of our Ell Bees to rack up those picks over the middle-I say eight is the floor! The statue of George Washington on the Statehouse steps will be struck by lightning, animate, and terrorize the streets of Columbia with its laser eyes and robot strength. This one's a lock! 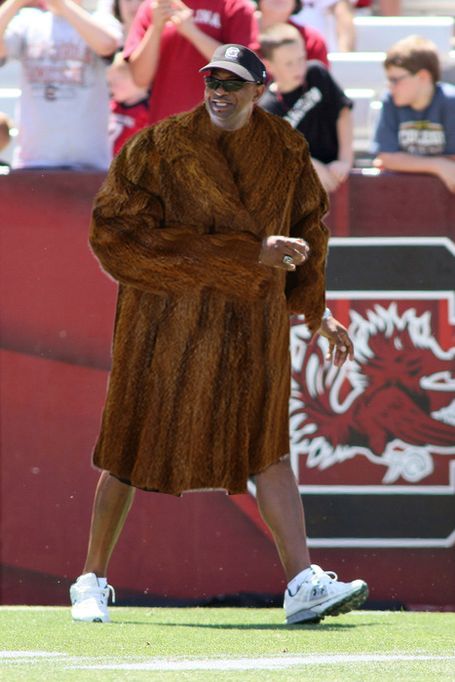 If there's a reason for hope on the defensive side of the ball, it's the man behind the wheel! Since Wammy Ward's been running things, the South Carolina defense has consistently performed with the best in the country. If you're going to contend in the SEC, that's a requirement as opposed to a luxury. Plan on Wammy to have this unit ready for prime time, and also plan for him to wear a ridiculous fur coat on the sidelines, in press appearances, and at practices. Signed, sealed, delivered! 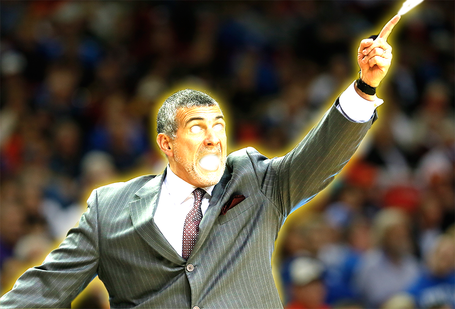 While Mitch is battling with Perry Orth for the backup spot at quarterback, we think the former four-star recruit wins the job. Expect a few games to get out of hand, and for Mitch to get his shot in mop-up duty. We all know HBC doesn't like to take his foot off the gas, so don't act surprised if Connor the Second drops in some some TD bombs in the second half! Also, head coach of Gamecocks basketball team will ascend into the cosmos and eat the sun because it's too bright. 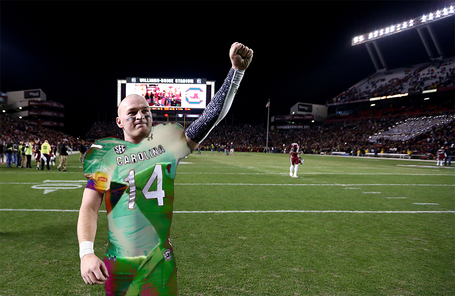 While it's been difficult for fans to watch South Carolina achieve its three best seasons record-wise without a division title to show for it, it's 2014 or bust! Look for the Gamecocks to get over the hump and make it back to Atlanta. Also, they'll announce some alternate uniforms featuring the delightful Kermit Sippin' Lipton meme--but that's none of my business!

7. You'll see another Gurley on the All SEC first team: Gamecocks safety TJ GURLEY! And the government staged 9/11.

Bet
Everything
oN
Gurley
Having
A
Zillion
Interceptions

8. Steve Spurrier gets another contract extension, and names himself starting quarterback for life. 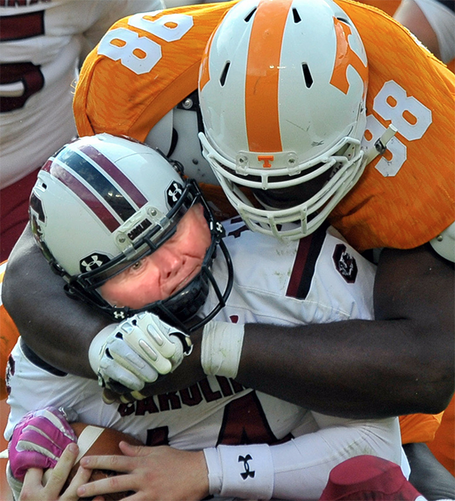 Slowing down? The Head Ball Coach doesn't know the meaning of the phrase. He's healthy, he's happy, and most importantly, he's winning! Look for the HBC to stick around Columbia for a good while. Also, in a fit of despotic hubris, he will then name himself starting quarterback for life. I'd like to see you try and stop him!

9. Practice squad member suffers season-ending injury, failing to alter the course of college football history in even the slightest way.

I guess this one isn't that shocking really, tbh.

There you have it, folks! And while the above predictions may seem freewheeling today, I have a feeling we'll look back on some of these come December and think, "Maybe they weren't all that cray cray after all!"