Listening to Coach Beamer’s press conference from yesterday, and I don’t know if I need to worry about not having a defined QB picked already for the opening game September 4th. The fact that they are giving Zeb Noland another week to see if he can push for the job is either worrying or a genius move to make people pull old Iowa State and North Dakota State film. We are either two steps behind, or they are two steps ahead.

It will be very interesting to see who gets the ball in the first offensive series. I guess in the overall scheme of things it doesn’t matter when you throw out the following play on the first snap, right? *Please know this is a joke (maybe, definitely?). 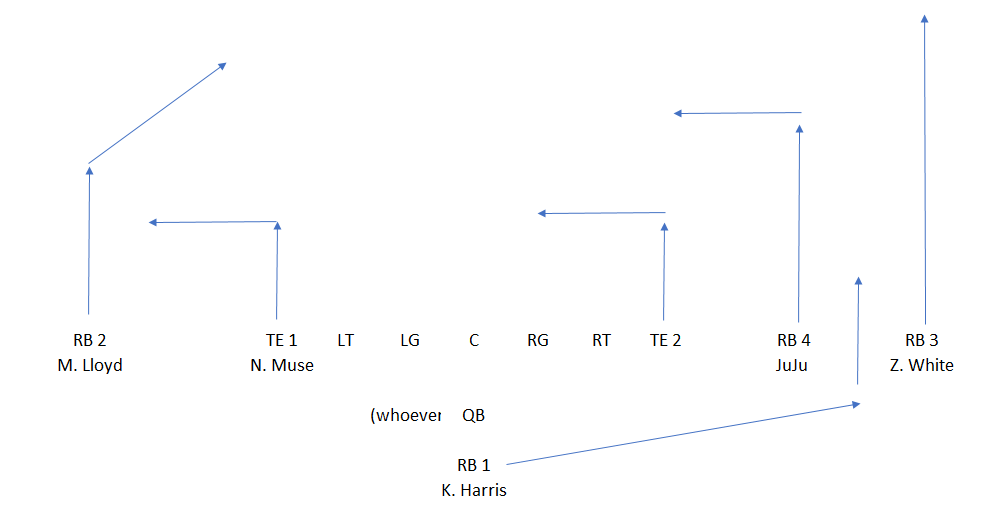 I know they will not roll out 4 RB’s on the first play, but it would be funny if they did. It would surprise me less than if they went out there empty backfield on play 1 with no RB on the field. I will be very worried if this will be the case. I will have flashbacks to that weird formation McClendon threw out at Kentucky a couple of years ago with linemen lined up away from the ball. We do not need those memories brought back up, no sir not ever.

What formation or personnel grouping do you want to see utilized this season?