The many faces of South Carolina forward Michael Carrera are priceless, and should be viewed at every opportunity

The Venezuelan seems to have a facial expression for every occasion. Let's take a look at just a few.

Share All sharing options for: The many faces of South Carolina forward Michael Carrera are priceless, and should be viewed at every opportunity

So, if you haven't noticed, the South Carolina Gamecocks men's basketball team is pretty good. How good, you ask? 17-1, #24 in the country, and near the top of the SEC good. So good, in fact, that we're talking about the NCAA Tournament, something we haven't done in over a decade.

Winning has its benefits. People that haven't really given the men a passing glance are now starting to pay attention. Dick Vitale is invoking them on Twitter, which, if you read his tweets, you can't help but read them in his New Jersey accent. Frank Martin is less angry - well, sometimes. But the most important benefit you and I get out of the Gamecocks winning is the many faces of Michael Carrera.

See, Michael Carrera, a senior forward from Venezuela, has a penchant of wearing his heart on his sleeve. You have no doubt seen his many facial expressions, whether it's been on social media or on TV. And it seems that with the Gamecocks doing well that we are being treated to more and more of these as weeks go on. We present a few for your viewing pleasure: 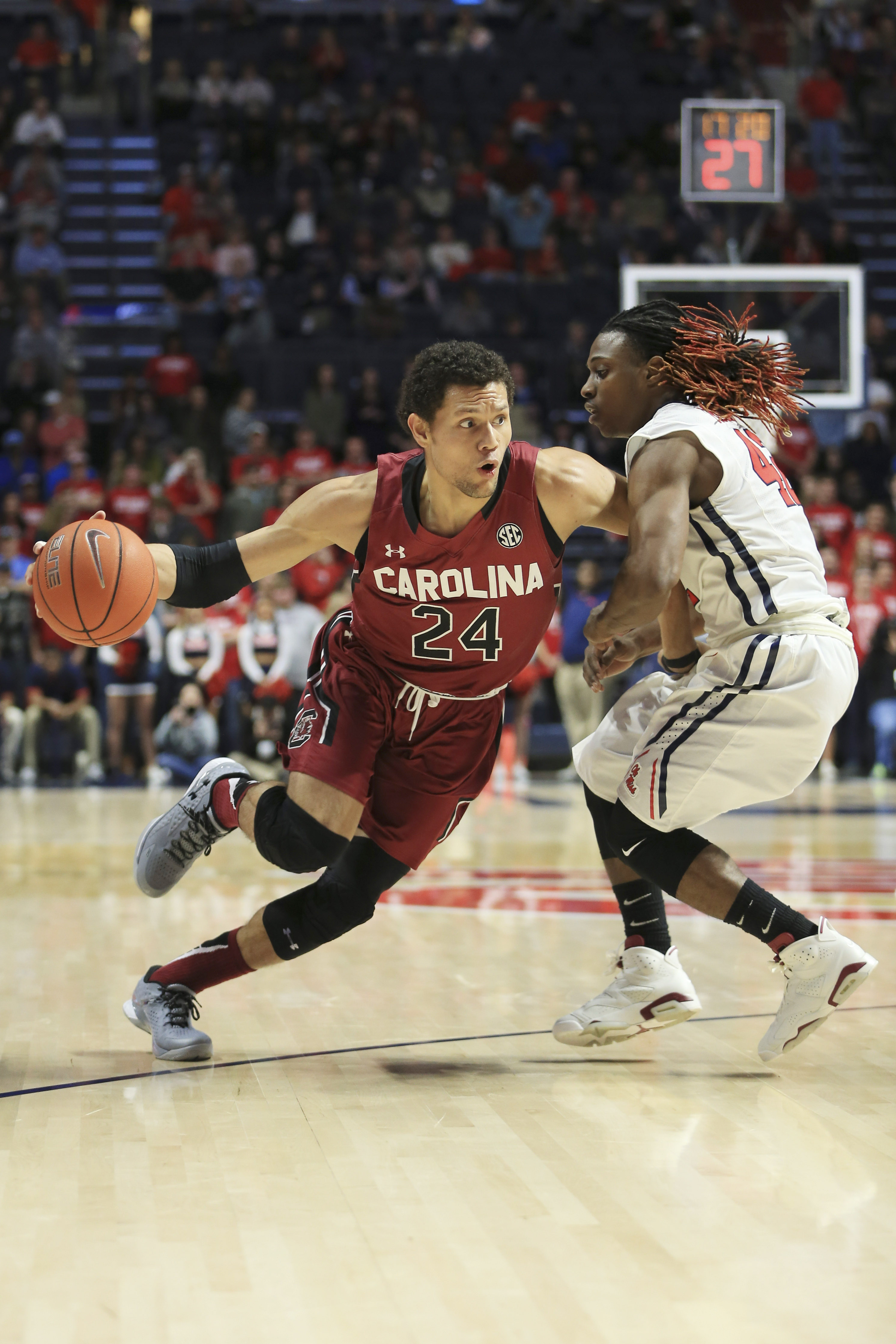 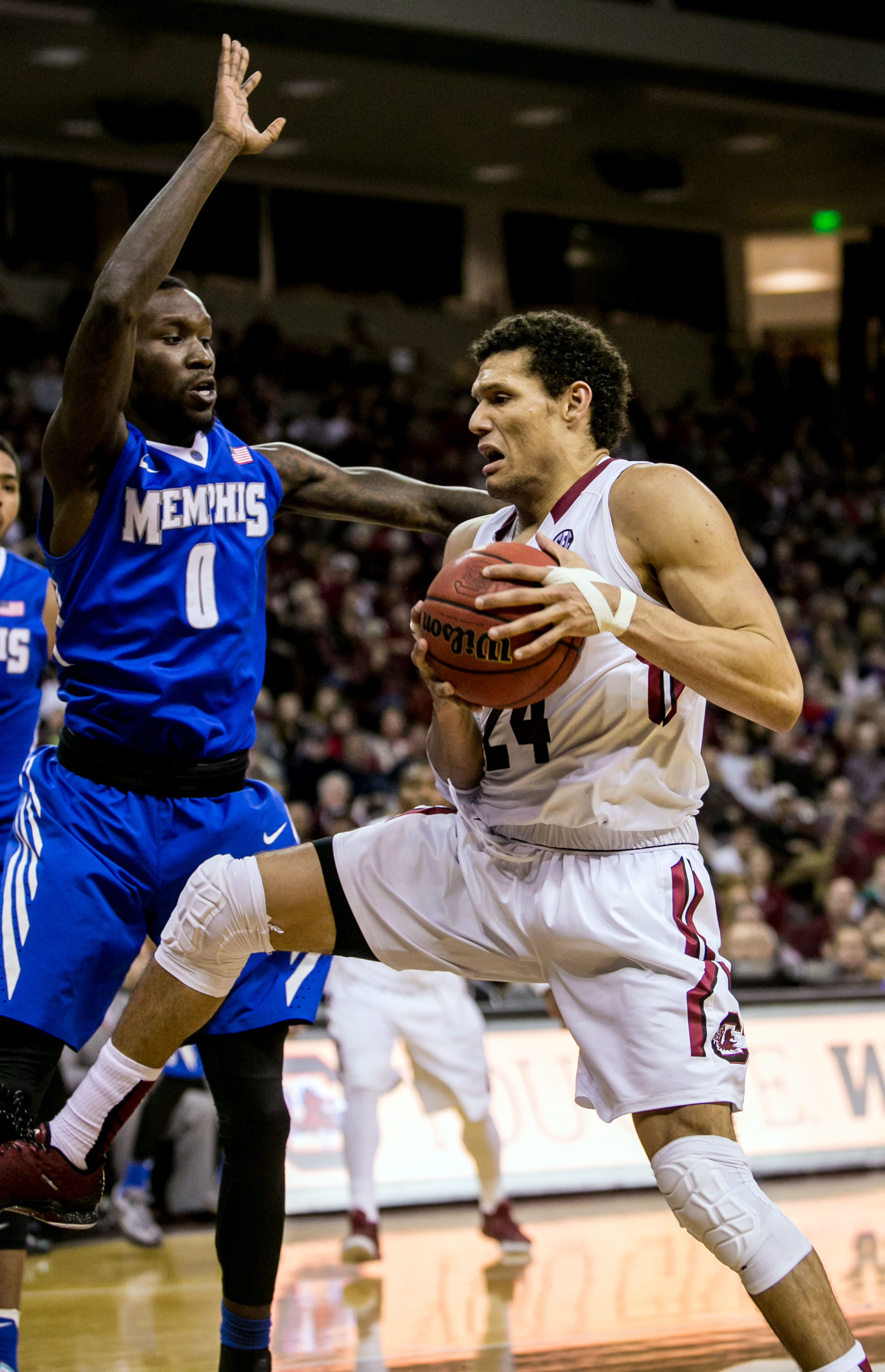 This is a look of extreme focus and concentration, of a man who can't helo but score on this drive to the basket. (Get it? Drive? Carrera? Porsche Carrera? Never mind.) 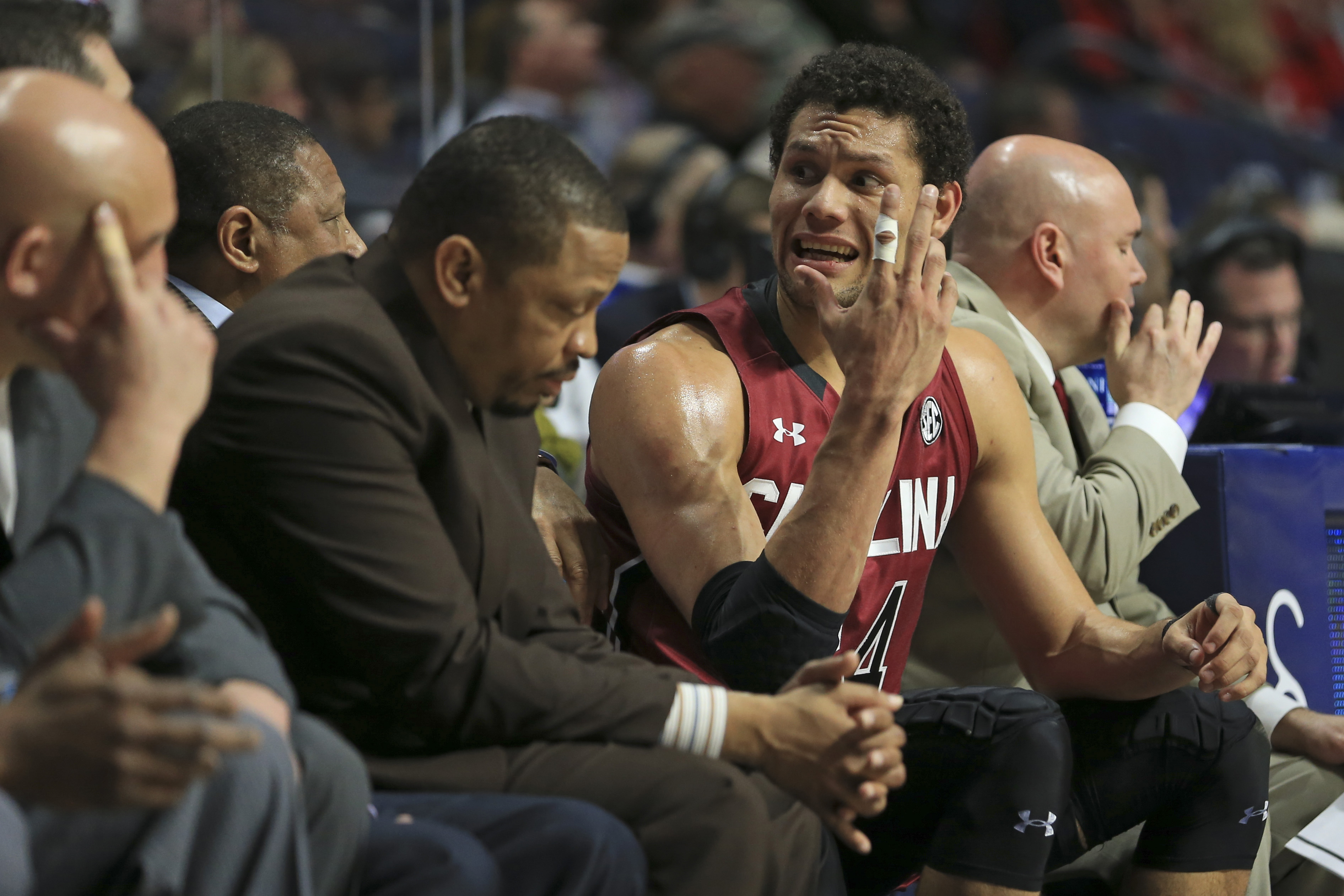 This is a face of utter sadness, and we can't help but feel sorry for poor Michael, whatever he is expressing in this picture. 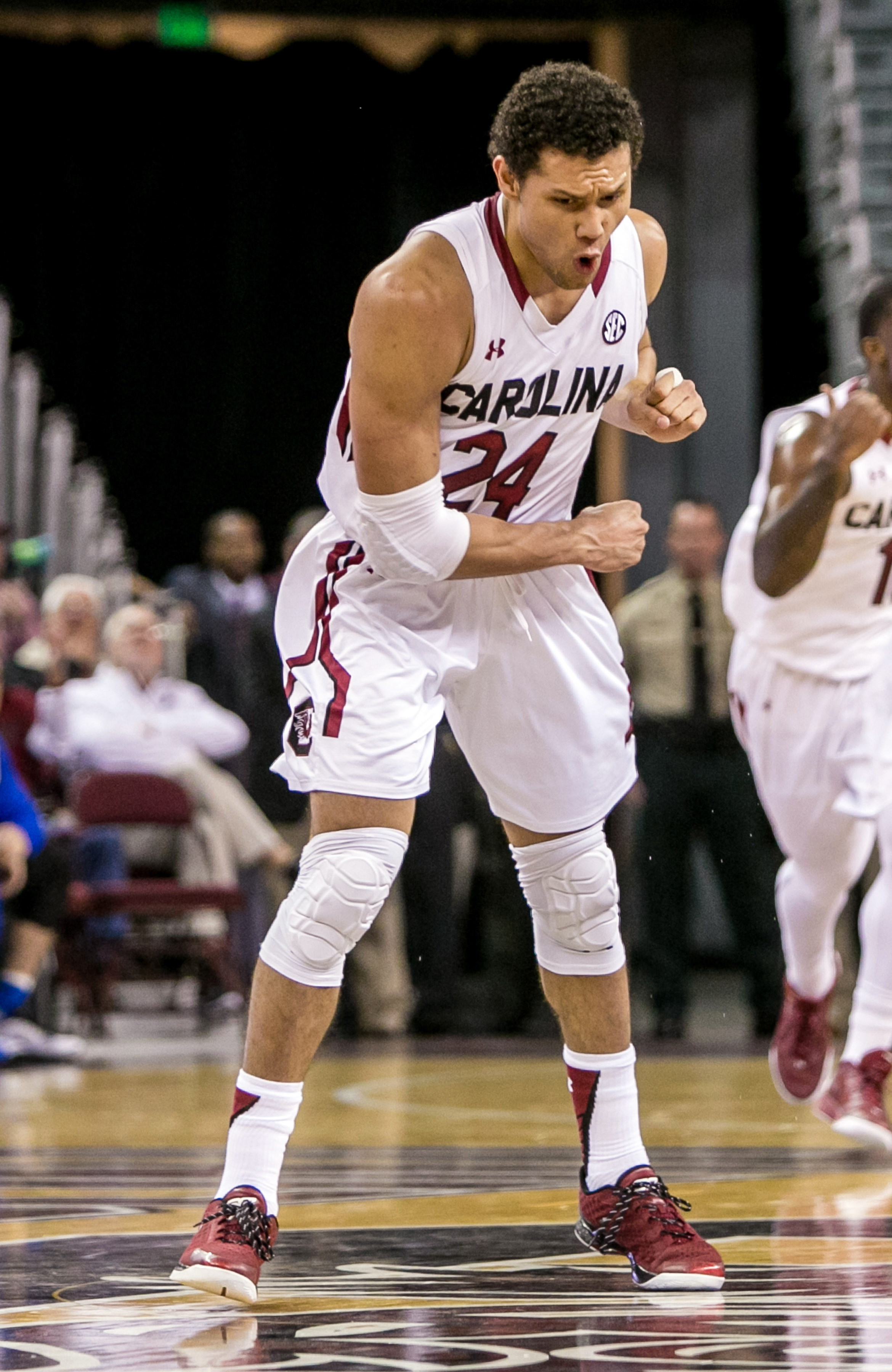 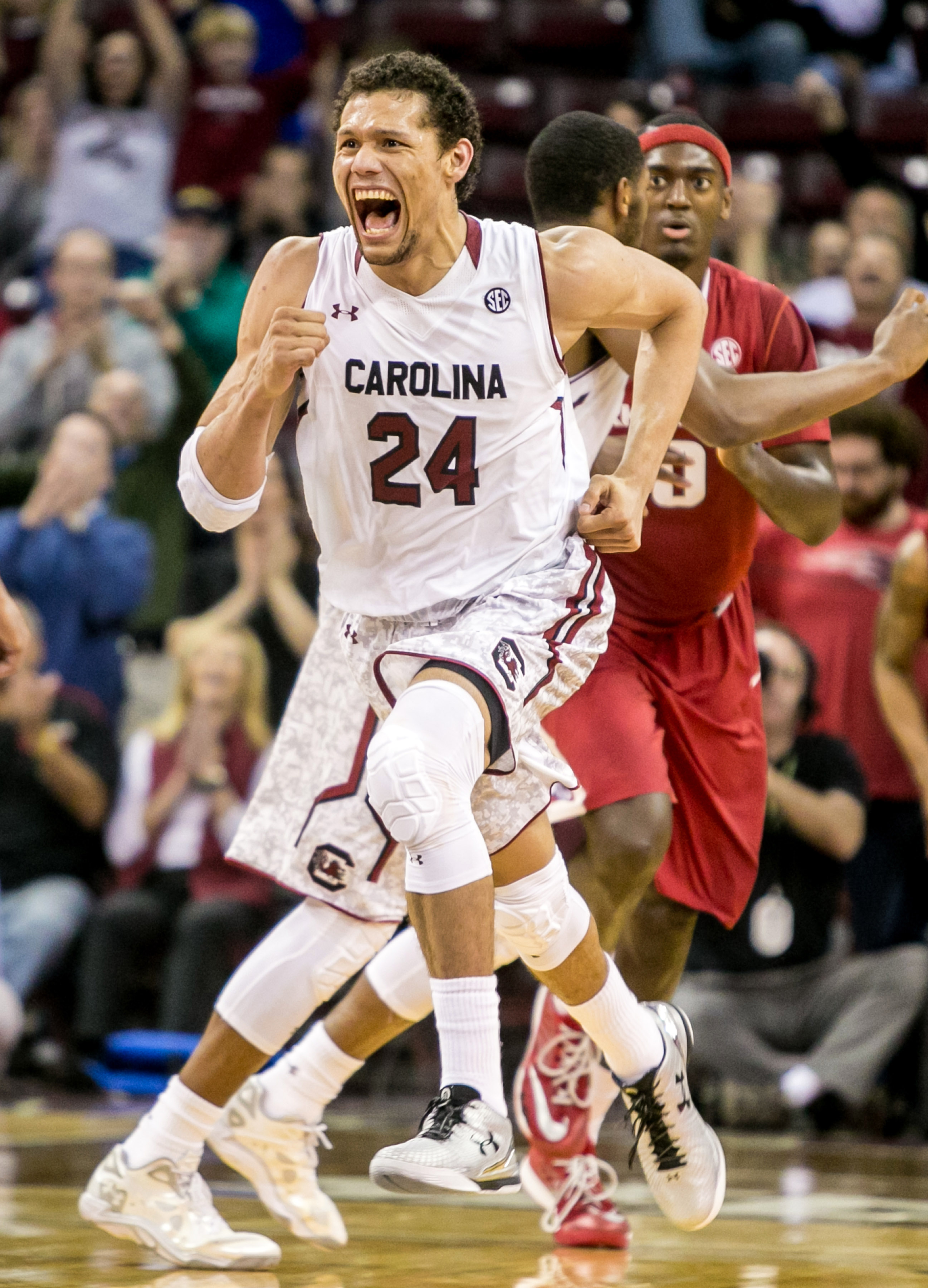 Michael has been known to break out the Tiger Woods-esque fist pump from time to time, especially when he knocks down big threes down the stretch. You just can't help but celebrate with him. (Although, this second pic looks as if he's breaking out the Running Man.) 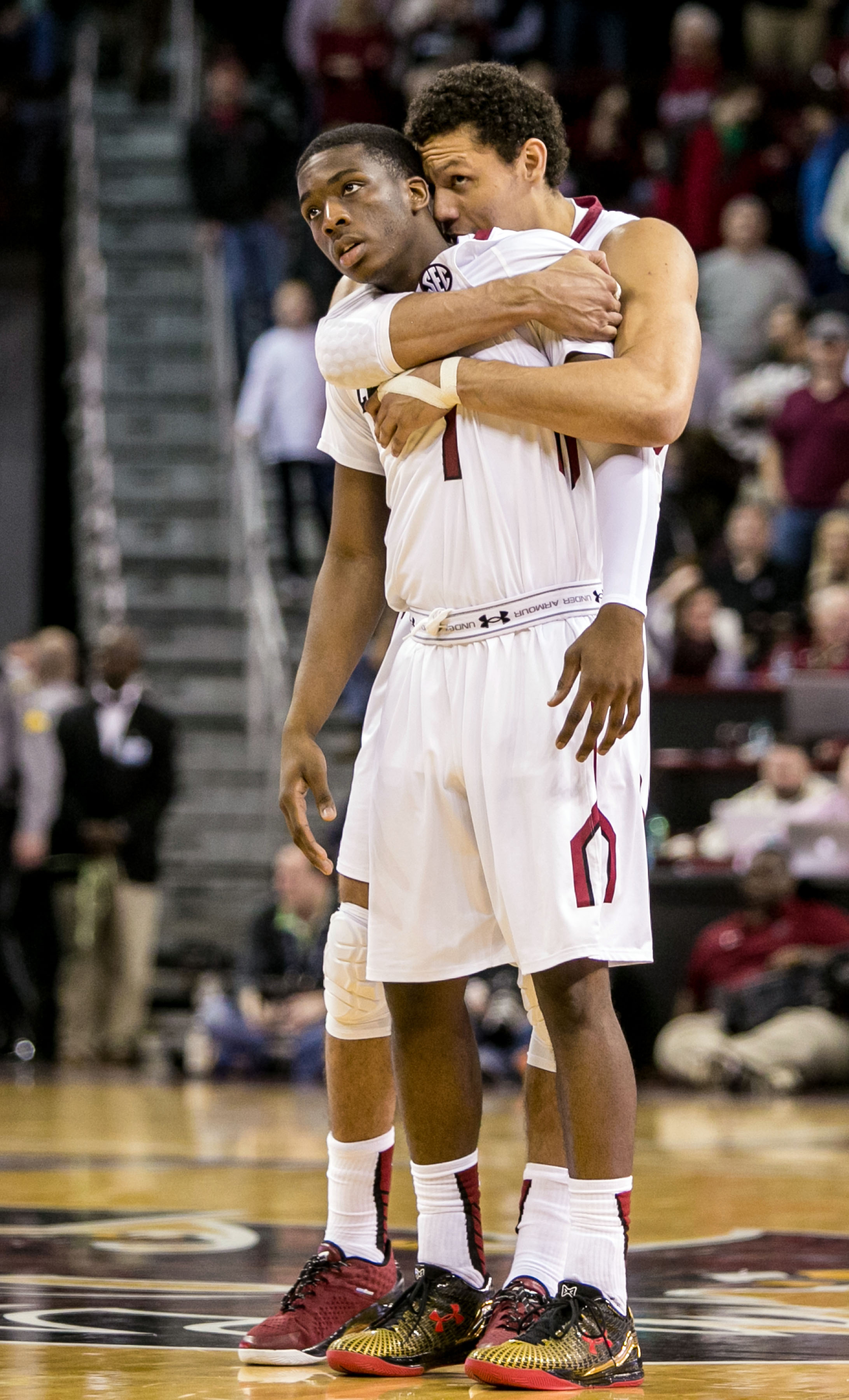 Michael is always there for an embrace with his teammates when they need it the most. He's 6'5", but that, in fact, hides a tender-hearted soul.

This is the look of a man who has accomplished a Herculean feat. When Michael puts this face on, he may be about to rip open his shirt and bust through a wall.

One hopes that the Gamecocks continue to win, and win often, if only to see more of Carrera's winning faces. Enjoy them while you can, because after this season, he's done in Columbia. And that makes us break out a sad face.