Share All sharing options for: Weekend Wrap-up: USC Takes 2 of 3 from Ole Miss 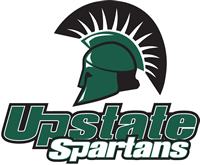 The Gamecocks took two of three from the Mississippi Rebels over the weekend. On Friday night Rebels ace, Drew Pomeranz, allowed just two hits in 7 innings of work while striking out 10. The Gamecocks got the win once Pomeranz was pulled after throwing 125 pitches. USC hitters immediately capitalized on the change, scoring 5 runs off two relievers in the bottom of the 8th. Blake Cooper got his seventh win on the season to improve to 7-0. Cooper worked efficiently, managing a complete game with just 120 pitches. Ray Tanner had this to say about the Gamecocks' strategy going into the night:

We studied his box scores a little bit. One of the things you have to hope for with Pomeranz is that his pitch count will get high. In reviewing all of his box scores up until today's game, he would strike out 12 or 15 but he'd still throw 125 going into the night so that didn't seem to be a solution for us, but tonight we were able to get a lot of three ball counts. It worked out that he got up to 120 before the 8th. That's about as good as you can draw it up.

Carolina fared equally well in game two. Sam Dyson rebounded nicely after two sub-par performances. Dyson went 6.1 innings, striking out 6, and allowing no earned runs. Interestingly, none of Mississippi's runs in the game were. Carolina uncharacteristically committed 3 errors in the game. Christian Walker started at DH on Saturday. He made the most of the opportunity in the second inning when he hit a grand slam. USC took the game 9-5.

Unfortunately, USC couldn't execute the sweep on Sunday. John Talyor took the loss for the Gamecocks. Emotions ran high in a game that you basketball guys might call "chippy." Pitching coach mark Calvi got ejected in the third inning for arguing balls and strike. Even Ray Tanner got in on the action in the seventh inning after Whit Merrifield was involved in a collision sliding into third base. Ole Miss held on for the 5-4 victory.

Carolina now turns it's attention to a mid-week game versus USC Upstate before traveling to Athens for a series with the aptly name D(aw)gs. They're that bad. USC leads the all-time series with USC Upstate 4-0. Look for some mid-season analysis coming your way later in the week. I'll be looking at how the Yardcocks have been performing up until this point, where we fall in relation to the rest of the Carolinas, SEC, and Nation, and what are our reasonable expectations for the post season.