Tracking the Enemy is late this week because recovering from losses to teams that we should have beaten is an emotional experience that drains my zest for life.

Share All sharing options for: Tracking the enemy: Week 8

The Tar Heels came oh so close to successfully murdering Osama bin Laden in the Zero Dark Thirty game. As it is, Al-Golden and the Hurricanes are still breathing and free to terrorize Miami fans with four-interception games from Stephen Morris. Meanwhile, South Carolina's inability to beat the Tar Heels by more than 17 points no longer appears to be such an abject failure.

The Commodores desperately needed a win and are suddenly in great shape at 4-3 and with games against at Texas A&M, Florida, and Tennessee and at home against Kentucky and Wake Forest. I did not see this win over Georgia coming at all, and the 4.1 yards per pass and 221 total yards that the Commodores held the Bulldogs to are particularly remarkable. Not having been able to see a moment of this game because of the debacle on that was happening simultaneously in Knoxville, I supposed I just have to tip my cap to James Franklin, as much as I hate to do that.

It was truly amazing to watch this game unfold in almost the exact same way as South Carolina's game against UCF, with the notable exception being that Louisville was not able to hold on for the win despite jumping out to a 21-point third quarter lead. Other observations: Storm Johnson is really, really good.

Kentucky (Convinced some recruits to commit to Kentucky by tweeting "lol would love to have u join #BBN" vs. BYE) 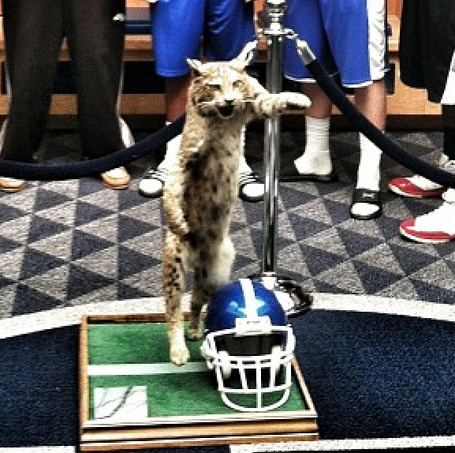 Well, damn. Just when it seemed like Missouri had been useful enough but ultimately chewed up and spit out by the meat-grinder that is the SEC East, freshman Maty Mauk steps up and hangs 295 yards on the vaunted Florida Gator secondary. Mauk certainly has the prospect credentials to suggest that he could be successful in Gary Pinkel's offense, but I'd like to see how well he's able to repeat last week's performance. I just wish the Gamecocks weren't the test subject.

Mississippi State (Lacked the requisite self esteem to fire Dan Mullen vs. BYE) 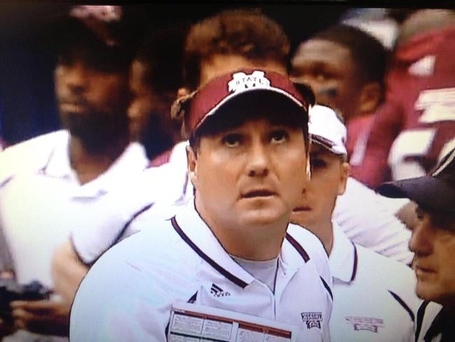 I truly have no idea what to make of the now-unranked Florida Gators. Was the defense just never that good? Is the Missouri offense just that incredible? Was it just a bad day for Florida? With tweets that compare Muschamp's record unfavorably to that of Ron Zook making the rounds, is Coach Boom about to get fired? This team is a mess. Their volatility makes me feel both good and uneasy about playing them on November 16th.