In case you've missed it or don't care about such things (and shame on you for either), noted Columbia emcee Ben G's newest single "Hard Hitta" features verses from former Gamecocks DJ Swearinger and Melvin Ingram. Here it is:

ALSOG has learned that several additional current and former Gamecocks recorded verses that, for one reason or another, were not included in the final mix. Sadly, the tapes were set ablaze and used to light expensive cigars, but our operatives have acquired the lyric sheets from these lost sessions. Behold:

It's your boy Dylan T steppin in the booth
Like I did for Connor in a moment of truth,
But only one truth I’m interested in,
That’s bein’ a heavy handed Christ-tee-an!
I throw bombs, recite psalms, got no qualms,
‘bout JC and if you got a questions,
I’ll bust out a prayer at an interview session,
Been takin’ spring snaps, closin’ depth chart gaps,
Got a dog-eared KJV in my lap,
Gave up bein’ second best for Lent,
Roll so hard I tithe fifteen percent,
Sinners repent, y’all.
That’s it. I gotta go to church.
[drops mic]

They call me Auguste like Caesar,
in coverage I'm stingy like Ebeneezer,
Pluckin’ throws like a tweezer,
Ouch,
Hang on, just tweaked something
Stop tape, I think I’m hurt,
Feels like I reaggravated my groin injury,
which is bad news with pro day coming up,
so if you could just stop recording,
I need to get checked out,
Producer guy, please drop the beat,
You hear me?
Hey man, I'm begging you,
Quit bobbing your head up and down,
And moving the faders,
This is clearly not a part of my verse,
I need medical attention,
Ouch,
Ouch,
Ow.

*For maximum appreciation, it most be noted that South Carolina kicker Landon Ard looks like he's in the intolerable nu-metal collective Linkin Park.

When I gaze at myself in a reflective surface
With unsteady mind I wonder if it’s worth it,
Lookin’ at my life through destiny’s prism,
but I suffer from a severe astigmatism,
But when my mind is right and I see the light,
I find no upright that I can’t split,
PATs cuttin’ through the mist,
Laces out or in,
Doesn’t matter in the end
[screams chorus melody to this terrible song]
YOU ICE SO HARD, BUT IM LINKIN ARD,
SO IN THE EEEND IT DOESN’T EVEN MATTER
WORE BLACK FRAMES, DURING THE GAME,
THE NEXT DAY, GOT STUNTED BY CHRIS CARTER 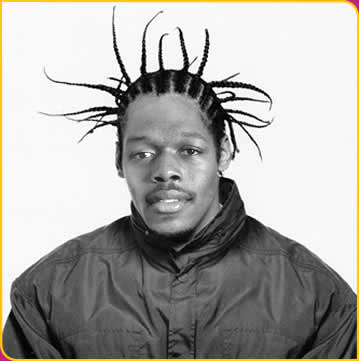 [To the tune of Coolio’s "Gangster’s Paradise"]
As I walk through Death Valley fronta 80 thousand deep,
I take a look at Tajh Boyd as he audibly weeps,
I do appreciate the line parting like the Red Sea,
Cause now Sportscenter’s got a Top Ten nominee,
But at least you ain’t immortalized like Vincent Smith,
See me doin’ God’s work in a animated GIF,
But my ego ain’t inflated from the televised love,
‘Cause all I really wanted were these lavender gloves,
BEEN SPENDING MOST THESE SNAPS
EXPLOITING CLEMSON’S O-LINE GAPS
PARLAY MY HIGHLIGHT REEL, INTO A
LAVENDER GLOVE ENDORSEMENT DEAL

ACE IS BACK!
Got a job to finish,
can’t let the win total diminish,
small like Senator Dennis Kucinich,
but strong as Popeye post-spinach,
Wise like Spock,
Leavin’ gunners in shock,
hol up lemme look at my draft stock,
….
….
….
ACE IS OUT!
Job here is done,
Dippin’ out like a prodigal son,
Tell the League I’m set to stun,
Devin Hester two-point-one,
All out attack,
gettin’ six points on a runback,
Glad social media posts
don't qualify as binding contracts!

[But lest we forget, no amount of satire can stack up to the comedic value of this reality.]