Share All sharing options for: Reviewing the Jay Graham Hire 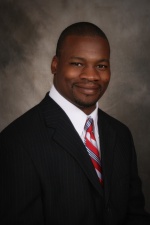 I'll have to admit that before this hire, I didn't know a whole lot about Jay Graham's coaching resume. I remembered him from his days as Tennessee's RB. Graham, who as you probably know ran the ball for Tennessee duing the mid-90s, ranks sixth on the Vols' all-time rushing list with over 2,500 yards. That was about all I knew about him.

After learning a bit more about him, I'm still not exactly sure what to think about this hire. Graham is a younger guy without a lot of experience, and his youth has its good points and its bad points. He comes from Miami (OH), and his rushing offenses were hardly prolific. That may be partly because the Redhawks favored a passing offense, as some of Graham's rushing offenses at past jobs such as Tennessee-Martin and San Diego were more effective. However, as Graham doesn't have a lot of experience, we really don't have a lot to go on as far as evaluating his level of success.

On the other hand, Graham's youth and the fact that he was a star in the SEC a decade ago and played a few years in the NFL will lend him a good reputation with the players, and one thing this South Carolina team needs is some leadership and motivation. Hopefully Graham can provide that. I also understand that Graham is a good recruiter. Obviously recruiting to a major SEC program is a lot different than recruiting to a MAC program. Still, you'd have to think that a guy with Graham's pedigree as a Vols and NFL vet will lend him some pull with recruits. If he can do well recruiting, he'll more or less replace former Robert Gillespie, who recruited well for us but consistently put below average products on the field, culminating in the pathetic excuse for a running game we saw last year.

Another thing to keep in mind is that Eric Wolford, our new OL coach, was given the title of Running Game Coordinator when he was hired. Wolford has a strong history producing prolific running games, and one has to think that Wolford will be the brains behind the running game operation, while Graham will likely play a secondary role in which he mainly works to develop individual players' fundamentals and gets out on the recruiting trail. If that's the case, then there's a lot of reason to like this hire; while Graham might lack the experience to have all the duties of a RBs coach, he's perfect for doing some of the secondary things if Wolford is going to be the main man with the RBs.

I think this was a good hire that fit our needs, but I also don't think it was a homerun. Graham is too inexperienced to give Spurrier that much credit. Hopefully, though, what Spurrier sees in Graham is what we need to take our running game to the next level, as Spurrier has promised a more run-focused offense next year. I'm giving this hire a B+. Good luck to Coach Graham, and welcome aboard.

So, what does everyone else think about this hire? Can Graham help improve our running game?