The SEC as Arrested Development

You can zing your football into our buttocks anytime!

Share All sharing options for: The SEC as Arrested Development

DISCLAIMER: HEY NEVER SEEN ARRESTED DEVELOPMENT? YOU SHOULD PROLLY GO ON NETFLIX AND WATCH IT RIGHT NOW AND THEN COME THANK ME AND THEN READ THIS PIECE

Oh, how satisfying it is that this post can exist. Where to begin?

Flash back to the fall of 2006. The series finale of Arrested Development had aired a few months prior, but I had no idea. Like many (and probably most, by now) AD fans, I discovered the show after its demise. To me it was just another sitcom plopped somewhere in the Fox primetime lineup. I didn't care about sitcoms. I was more concerned with my ever-intensifying addiction to the Gamecocks, who were scrapping their way to an 8-5 season that included wins in both rivalry and bowl games. This was what made for a quality season in 2006, you see.

One night, a friend of mine called. This friend had tried to sell me on Arrested Development several times already. Our conversation went thusly:

Friend: "Have you watched Arrested Development yet?"

It didn't. I bought it. And I still thank him for his persistence. Some seven years later, I'm a unflinching member of the Bluth Cult, as you likely also are if you're reading this. I can mine the deep quotes and recognize the subtle references to to some minute season 1 detail that appear in a late season 3 episode. I will never hear someone shout "Come on!" without parroting them in GOB voice. I no longer think of Henry Winkler as The Fonz. He is Barry Zuckerkorn.

"Surreal" is the best way I can describe the past months of witnessing Arrested Development publicity materials plaster the internet. This is real, yes? Not some funky dreamland where all my favorite cultural extinctions have been revived? (The drooling indie rock snob in me feels similarly about Neutral Milk Hotel's reunion, but I'll leave that at the door for this piece because I didn't get tickets.) Indeed, we are at the precipice of a major resurrection. Know this and be joyful.

Since 2006, things have gone terribly right for both SEC and, now, Arrested Development. The former has enjoyed an unparalleled string of national dominance and established itself as the gold standard in college football. The latter is now experiencing all the appreciation and excitement that it should have rightfully experienced during its initial run.

Now, thanks in large part to a suggestion by our friends @RubrChickens, we view one through the lens of the other. Prepare to be buzzfed, y'all. We give you the SEC as Arrested Development Characters.

NOTE: Some reference links, placed side-by-side as they are, may appear as one single link. Be sure to check! 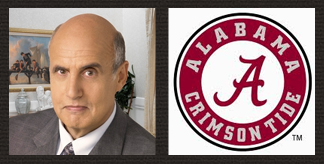 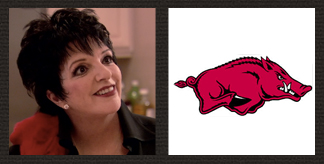 Clumsiness has led to accidents; primed to rekindle relationship with Missouri. Frequently on the losing end of border rivalry with Lucille Bluth. 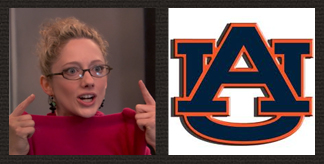 Alabama’s mistress (occasionally playing the dominant role.) Might have paid for improvements. Hiding illicit secrets. Much less attractive without glasses. [Note: could not find picture of Malzahn without glasses, thus can only assume he's guarding his image.] 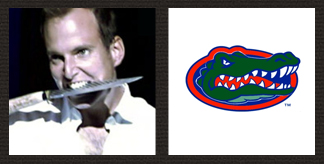 Flashy, loud, and both can lay claim to unparalleled highs (1, 2) and crushing lows (1, 2). Also, both responsible for powerful speeches that shall echo through the millennia: 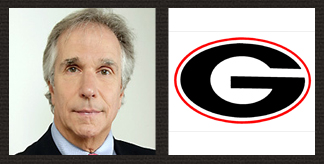 Professionally successful with a recognizable brand despite any number of public gaffs. Barry’s clientele (re: the Bluths) is every bit as devoted, entertaining and flawed as Georgia’s fanbase. 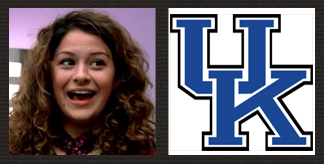 Occasionally able to deceive onlookers into thinking they're more valuable than they are. Identifies with Vanderbilt, as both go largely ignored. Pratices form of rebellion by being basketball school. 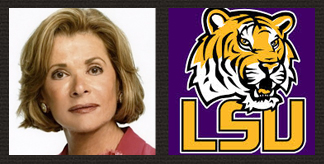 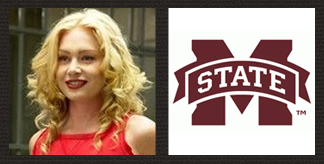 Attractive, but can’t seem to give it away. Penchant for hastily compiled attention-seeking measures. 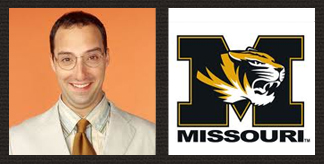 Vague threats of leaving weren't taken seriously. Lives by the motto "Football teams should be neither seen nor heard." 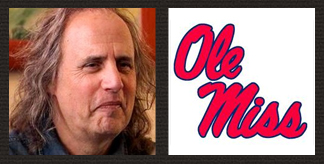 Fanbase Student sections similar to Alabama in appearance while laying claim to far less success. Has a reputation for impressive groves. UPDATE: This! [HT: @JFullerMS] 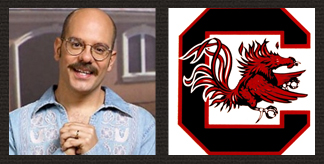 Despite a bumbling history, still managed to land a 10. Experience containing a rebellious youth. Tosses about double entendres like so much confetti. Has forayed into acting, though not suited for it. 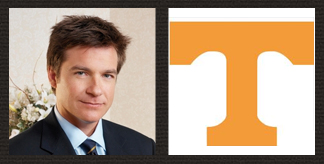 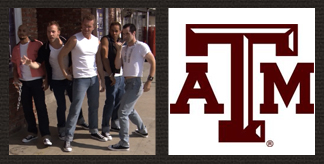 Frenetic, scrappy, and entertaining. Best used as plot device. Not averse to dressing in costumes. Soundtracked by rather flamboyant theme songs. 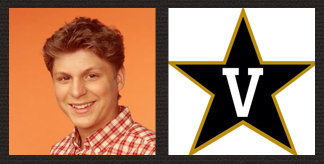 Bookish, brimming with good intentions, but Tennessee will inevitably undermine their success. Long viewed as harmless by the others, which has led to sordid bond with Kentucky. Has had a past relationship with a characterwho is oft-ridiculed.

NOW THEN. What'd we screw up? Should J. Walter Weatherman and his penchant for lesson-teaching been shoehorned in someplace? What about another peripheral favorites like Ice the Bounty Hunter, Gene Parmesan, or Wayne Jarvis? Should Nick Saban and Alabama have been Uncle Jack and Dragon, respectively? I kinda think they should have. Anyway, leave your suggestions/corrections in the comments.

Have a happy Season 4 Weekend!