Hey Y'all! Here is part two of Femme Football- to see part one click here! This is going to be a very basic rundown of the defensive numbering system and the defensive line. I know there are going to be some unanswered questions, but I promise to answer those questions as we delve deeper into defenses in later articles! Buckle up folks...This one is gonna have a lot of pictures!

The defensive numbering system, like most things in football, is designed so that players can easily understand and remember their assignments. The system used today was actually created by legendary Alabama coach, Paul "Bear" Bryant in the 1950s. That's right, folks, Bama fans aren't the only ones living off of his glory. Anyway, you will often hear coaches describing defensive linemen as "3 techniques" or "2 techniques"....WHAT THE HECK does that even mean??? Those terms refer to the placement and assignment of a defender during a play.

I know this is all still clear as mud, so, here is a diagram to help clarify what Coach Johnson is talking about: 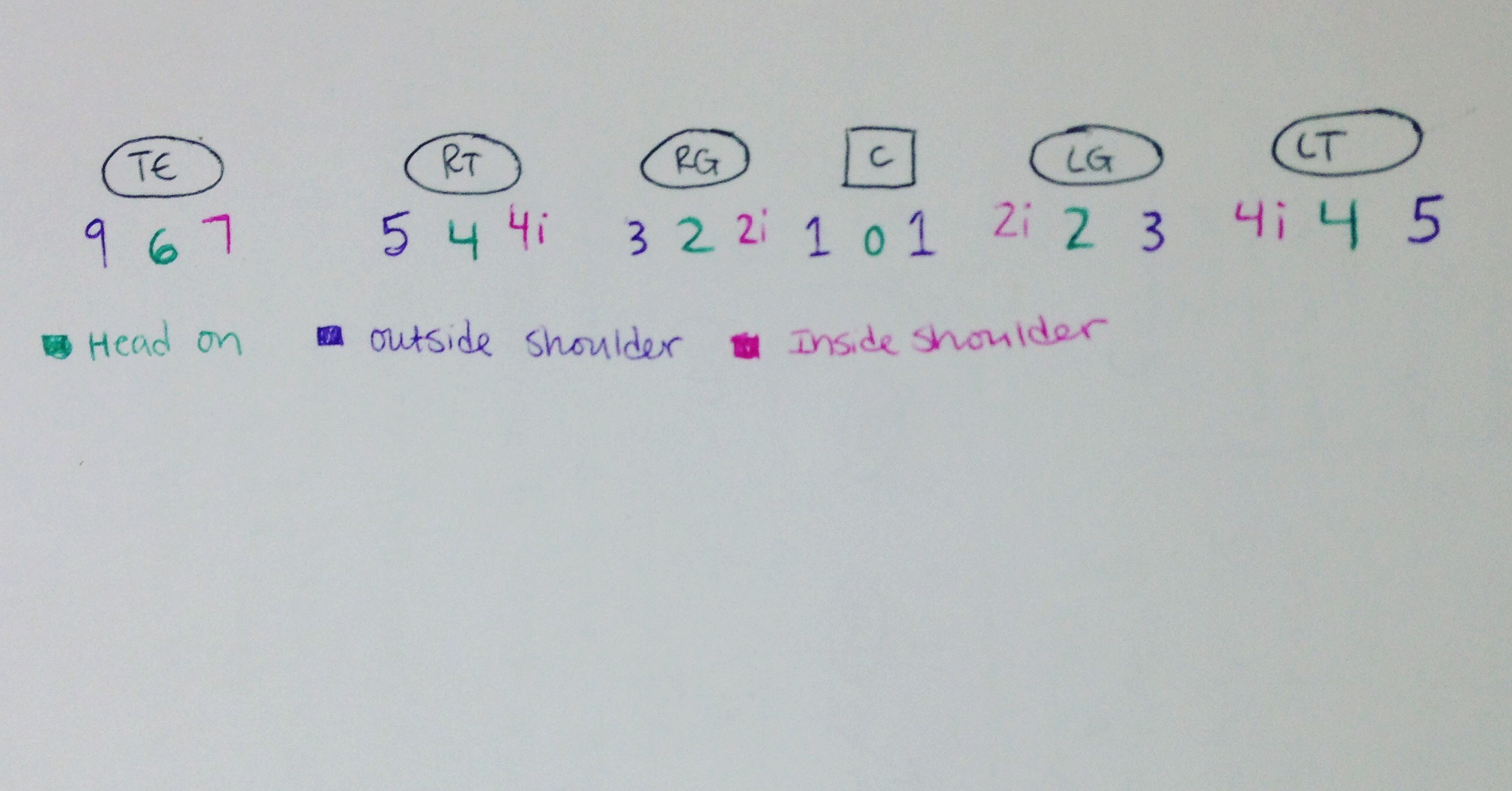 Now that a defensive lineman knows where to line up, they now need to establish their assignments. The defense uses a lettering system to label certain spaces between offensive lineman and identify their points of attack. These spaces are referred to as "gaps." The space between the center and either guard is called the "A-gap," the space between a guard and a tackle is the "B-gap," and the space outside the tackle is the "C-gap." REMEMBER: the purpose of these identification systems is to make it easier for coaches to communicate to players about their assignments. Do not get overwhelmed! It's is easier to understand when you can see it in a diagram:

See the gap between each offensive lineman

This diagram should help you see where each lineman would typically line up, and to see which gaps each technique would line up against.

The defensive line positions are as follows:

In this video, I break down what happened during a particular defensive play. Kelcy Quarles, a defensive tackle, sacks Tajh Boyd. Make a note of where the linemen are placed and try to see that placement in the Youtube video that follows!

The play I have drawn starts at 0:26 -- Watch the other highlights and pause the video at the beginning of each play to practice labeling techniques!