The Auguste Report: Will Connor Shaw play against Missouri?

Despite spraining both his MCL and LCL last week in Knoxville, South Carolina coaches have hinted that Connor Shaw might be available on Saturday.

Share All sharing options for: The Auguste Report: Will Connor Shaw play against Missouri?

The Gamecocks head to Columbia, Mo. -- the last leg of a three-game SEC road trip -- pretty banged up on both sides of the ball. The Auguste Report is here to tell you who is likely to play and who isn't. This is the third week of The Auguste Report, so regular readers should be well-acquainted with the terminology at this point. First-timers can find the origin story here.

When Connor Shaw hit the turf in Neyland Stadium last Saturday, it looked like the Volunteers might have ended yet another season via shredded knee ligaments.

But Gamecock fans got excellent news when they found out that Shaw had merely sprained his LCL and MCL. (I guess we ended up losing anyway, but is anyone else glad that play didn't get reviewed?) But even that diagnosis left most assuming that the senior signal-caller would miss at least two to three weeks. That is, until Steve Spurrier spoke at his Tuesday press conference:

"Connor Shaw we don't know about. He may be able to be able to dress and be a backup. We don't know. But Dylan is definitely going to start the game, and it'll be his his game to go with."

Quarterbacks coach G.A. Mangus was even more coy in his choice of words following Wednesday's practice:

"Hopefully he'll be able to do a little something if asked for Saturday... You never know. We'll see. He's getting better every day."

And then the Head Ball Coach dropped this little gem on Thursday night:

Steve Spurrier says Connor Shaw will be available to play but reaffirms that Dylan Thompson will start Saturday. 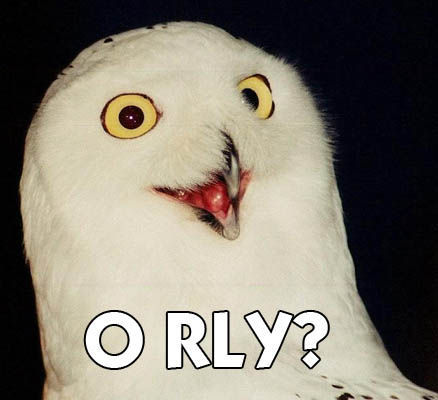 Connor Shaw has sustained several gruesome injuries over the course of his career. He suffered a hairline fracture in his shoulder against Vanderbilt last year and came back in the game to lead South Carolina to a 17-13 win. He went down with another shoulder injury against Central Florida -- that, again, looked like it would keep him out for several weeks -- but bounced back the next week against Kentucky.

In short, Connor Shaw has proven himself to be a complete badass over the past three seasons, but knee ligaments are a completely different animal from shoulder strains/bruises/whatever. It would surprise me if he played against Missouri, but ... well, not really. Connor Shaw has demonstrated time after time that he is on some next-level T-1000 shit. Don't rule out the possibility that his new ligaments regenerate by Saturday night.

"I believe Ronald Patrick could possibly be back and ready to play and so forth."

That's about as close as Steve Spurrier gets to a ringing endorsement of a wounded offensive lineman's health. Certainly, the Gamecocks felt the effects of Patrick's absence against Tennessee, as South Carolina struggled to protect the passer and create running lanes for Mike Davis with the inside zone. If Patrick can't go, Will Sport and Na'Ty Rodgers are the likely replacements at right guard.

Spurrier on Tuesday afternoon, regarding the knee sprain Kelcy Quarles suffered in Knoxville:

"Kelcy's coming around. He's probably doubtful right now. But he's walking around okay. He's off his crutches. If he's not back this week, he should be back maybe in two weeks."

"We don't know. He moved around a lot better today than he did yesterday. We're optimistic. Hopefully the rest of the week will go well and we'll get him back."

Things got even more optimistic on Thursday when Lorenzo Ward said, "Kelcy will go." Does that mean he'll travel? That he'll start? That he'll play? Hmm...

The projected starting center heading into 2013 has played sparingly as he has battled through foot and ankle injuries. Spurrier was not optimistic about his availability against Missouri.

"I doubt if Cody Waldrop will make it back for this one."

Lorenzo Ward on Elder's recovery from a concussion suffered against Arkansas:

"[Chaz Elder] is back physically. Yeah, he'll play. He was non-contact [on Wednesday]. He was full go [on Thursday]... J.J. [Marcus] will start. Chaz will be the guy to rotate in."

"We've also got Gerald Dixon (Jr.) banged up a little bit. He's got an ankle sprain."