Come for the links, stay for the Gary Sprinkle.

K! How we sizing up against Missouri?

There is cause for concern. Missouri diced up a strong (albeit injury-riddled and overworked) Florida defense last week. Our defensive backs will have their hands full with Mizzou's fleet of titanic receivers, including L'Damian Washington and former #1 overall recruit Dorial Green-Beckham. As is usually the case, the Gamecocks will look for the D-line to pressure Mauk into throwing a few bad balls. Connor Shaw's knee will keep him from starting, so Dylan Thompson will lead the offense. The hope is that he'll be able to spread out Missouri's coverage with his arm, which would allow for Mike Davis to his thing.

For thoughtful, in depth previews of each team's strengths and vulnerabilities, read what Chicken Hoops and Bill C. have to say.

How do Missouri fans feel about this matchup?

At least one representative calls for the Tigers to get the win. For more Mizzou perspective, visit Rock M Nation or literally any of the comment sections on Garnet and Black Attack this week. [waves at throngs of visiting Mizzou fans]

How dare they predict a Tiger victory! Surely Gamecock Man went over there and countered with a prediction of his own, specifically one reflecting a valiant Gamecock triumph!

Well, not exactly. GM thinks homefield advantage will be the decider. 34-31, Tigers.

On the contrary! The simulation calls for the Cocks to win in a double overtime shootout. However, the chances of reality following the ODS script are now nil, as backup Corbin Berkstresser has been ruled out for this Saturday's matchup.

I was rehearsing with my Blessid Union of Souls ukelele tribute band and it struck me that we've suffered some notable injuries lately. How banged up are we?

This week's Auguste Report lists six contributors, most notably Connor Shaw. While his injury looked pretty gnarly off the bat, it's since been announced that he'll suit up and be available if needed.

Absolutely. Let's start with the obvious, in honor of Breast Cancer Awareness Month: 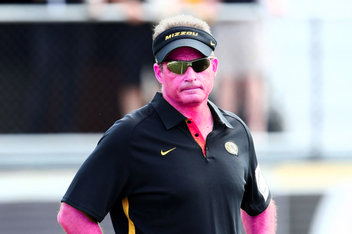 Here are a few more, beginning with GARY SPRINKLE: 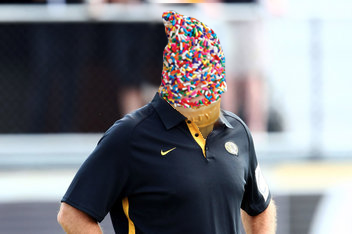 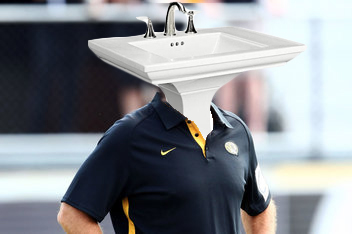 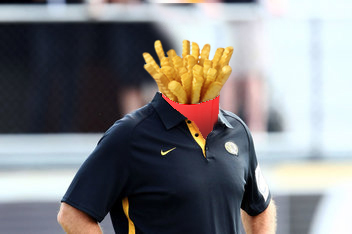 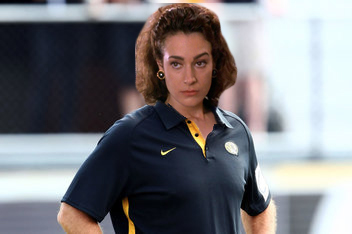 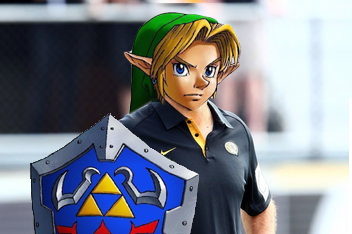 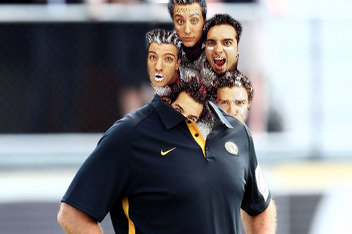 And with that, we wish you a safe, enjoyable, and nightmare-free weekend.