Spurrier: There is a "good chance" Dylan Thompson will start

Dylan Thompson is set to get his first start against a BCS opponent in the regular season finale against the Clemson Tigers.

Share All sharing options for: Spurrier: There is a "good chance" Dylan Thompson will start

Around 4 PM Twitter started going crazy with reports that Connor Shaw might not start against Clemson. There has now been some clarification as to just how much the Gamecocks' starting QB is currently limited by his bum ankle, and it comes from the mouth of the Head Ball Coach himself:

Per Spurrier, there is a good chance that Dylan Thompson will start tonight.

They'll see how Shaw looks in warm-ups, and proceed. If he plays, he'll be under a close watch.

Whether Thompson plays the whole game or not, it certainly appears as though the redshirt sophomore signal caller will have a big role in the outcome of this game.

Do you think South Carolina can beat Clemson with its evangelical backup signal caller at the helm? 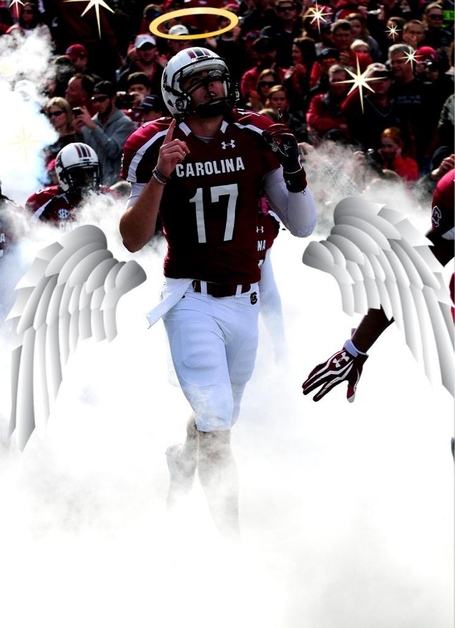 Connor Shaw's status for the Clemson game uncertain, Thompson may get the start