USC Takes 2 of 3 from Vanderbilt, Travels to the Citadel for Wednesday Match-up

Share All sharing options for: USC Takes 2 of 3 from Vanderbilt, Travels to the Citadel for Wednesday Match-up 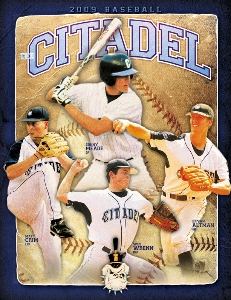 A sweep of the Citadel would most certainly be our second most impressive series win of the season.

The Gamecocks are coming off a gritty performance this weekend that saw them get outscored by Vanderbilt 10-7 yet still manage to take the series by a 2-1 margin. Friday and Sunday starters Blake Cooper and Jay Brown combined to allow just 4 hits, while Matt Price notched his third and fourth saves on the year. A stellar defensive effort complemented the pitching nicely. USC committed no errors on the weekend. Sam Dyson's struggles are a bit disconcerting, to say the least, but it looks like the Gamecocks have found their Sunday for the moment in senior Jay Brown. The Gamecocks improved to 25-7 (9-3 SEC) on the season. Vanderbilt drops to 26-8 (6-6 SEC). South Carolina now leads the all-time series with Vanderbilt 45-19.

The Sunday victory gave Ray Tanner his 1,000th career win as a head coach. Both teams' batting averages dropped considerably after the sparring offense showed over the weekend. Vanderbilt is now hitting .330 on the season with Carlina dropping under the .300 mark for the first time, settling at .294 - good for 9th in the SEC. Vanderbilt's ERA drops to a paltry 3.01 - lowest in the SEC - with USC a distant second at 3.43. USC, however, still leads the league in batting average against at .217.

South Carolina's offensive statistics thus far are unimpressive to say the least, but one category that USC should be proud to be last in is strike outs (178). Georgia leads the SEC at 263. Of course, USC also leads the SEC in sacrifice bunts (32). I'll have more on that when I do a mid-SEC report in a few weeks. Suffice it to say, I'm not pleased with that particular statistic.

This week the Gamecocks travel to Charleston to take on The Citadel on Wednesday before hosting Ole Miss this weekend. After taking the first game against The Citadel, USC hopes to improve on its all-time record of 118-46-1 versus the Bulldogs. USC jumped 10 spots in the college RPI after last week, from 29 to 19. A good showing this week against  top 25 Citadel and Mississippi teams and we'll likely crack the top 15 in RPI.